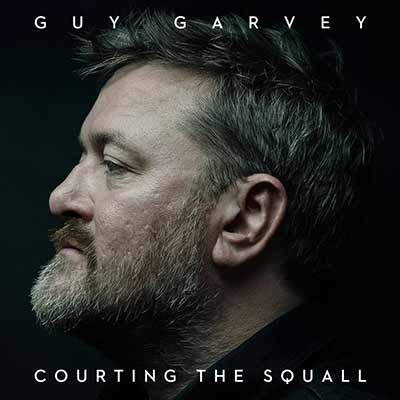 Guy Carvey's first record as a solo musician is an inspiring take on jazz music in a rock context, and both a reflection on the state of rock music and a push to take it somewhere new. Whether this is a result of the recent resurgence in jazz fusion or simply an experienced musician trying something new, the results are stupendous — and one hopes Carvey comes back soon with more.

Guy Garvey, perhaps more familiar to you as the lead singer of Elbow (but hey, maybe that’s meaningless too), is an incredible singer. And his work on his solo album Courting the Squall is simply incredible.

Courting the Squall is a jazzy adventure of sorts with all sorts of eclectic blues influences. And while this isn’t the jazz your grandmother grew up with in New Orleans, it goes down better than almost all of the jazz I’ve heard in the past couple years.

And that might be because, like a lot of people, Guy Carvey is still a rocker, but he’s using rock as a vehicle to explore alternative genres — and allowing more jazz in than before. Courting The Squall feels like it’s an accomplished rock musician’s love note to jazz, but it also feels like the results of a resurgence of jazz fusion influence in rock.

It serves as a foundation for Guy’s voice to shine through, which is the important part. I wouldn’t compare Guy to Adelle, necessarily, but he has the sort of sultry voice that fans of Adelle might find familiar. It makes for a great experience that bears repeat listens.