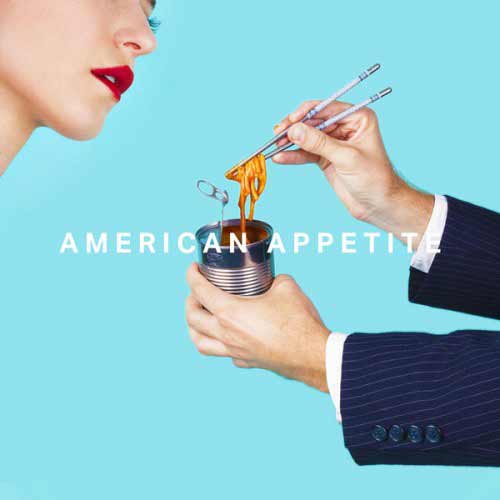 Harriet's debut is worth it for all the fans who have been waiting a long time for a full-length LP, but it's also an interesting alt-rock experiment that adds unexpected elements to the rock recipe. Like the most futuristic bands in indie rock right now, Harriet isn't interested in pursuing status quo, and their debut record is already getting talk of being one of 2016's bright spots.

Some people have waited a long time for American Appetite, the debut record from Los Angeles-based band Harriet, to drop. The band is songwriter and keyboardist Alex Casnoff’s first project (that I’m aware of) since he left Dawes and Papa in 2011. Close to five years is a long time to wait for fans, and it sounds like it was worth the wait.

Harriet is a pop record, but its superficiality belies what’s happening underneath. Part of this is because the songwriting is simply excellent. It’s at once a cheerful pop record: I’m sure that Harriet, like virtually every other band from L.A., can trace some inspiration to The Beach Boys.

But it’s so much more than that. There are even little moments of jazzy inspiration interspersed throughout. And while it’s no doubt a modern pop record, there’s something about its production that makes it sound like American Appetite was recorded on a bunch of old analogue tools.

It’s a diverse record that sounds like indie rock, but also alternative pop. The vocal work is fantastic, but the band really comes together around some unique ideas and somehow makes them sound cohesive.

Long-time readers of Unsung Sundays might feel like some of this record sounds oddly familiar to Nickel Creek’s A Dotted Line though, particularly from a production standpoint. It turns out both records shared the same producer, Tony Berg. American Appetite was also produced in part by Sean O’Brian, who’s known for his work with The National and Jeff Bridges.

All of that is to say that Harriet is a band with a diverse background and a wide range of influences, all of which are clearly recognizable in American Appetite. There have been some whisperings that this record is an early contender for Album of the Year. While it might be a little early to talk about that yet, colour me impressed by Harriet. American Appetite can sit on repeat for a few months.