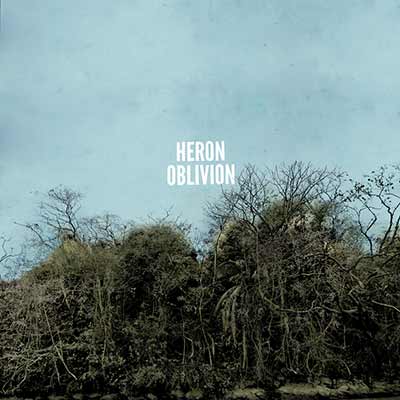 Heron Oblivion’s self-titled debut marries pastoral folk with pummelling rock riffs, and is surprisingly successful thanks to its ability to find beauty in tension.

Heron Oblivion’s debut is hard to figure, a record that is dense in its textures and a complete rock original. Despite blending multiple styles, Heron Oblivion never feels confused about what they want to be.

Heron Oblivion is filled with raging rock riffs and quiet, pastoral moments that singer (and drummer) Meg Baird fills with an angelic sense of calm despite the overwhelming sense of unease present through the record.

The tone lends itself to wandering: Rama is over ten minutes long, with the band unafraid to explore their psychedelic leanings. Few songs have the immediacy of Oriar and Sudden Lament (which sounds like it would have fit it well in an alternate universe’s Pulp Fiction soundtrack).

Faro is the stand-out track (among many) on the record. Clear riffs and building tension set it apart from some of the other tracks, but the growing tension feels a constant need to reach catharsis with the guitars.

It’s an excellent summary for the album: despite the unusual calm that Baird is able to bring to the record with her vocal work, as the tension piles up, the album has to resolve itself with nothing less than cathartic guitar solos and pummelling riffs. It’s the sonic equivalent of a conversation in a diner leading to a film’s climactic shootout, as if two opposing sides can’t reconcile themselves.

All of that comes together with Heron Oblivion’s debut with shocking ease. Well aware of their clashing styles, the band doesn’t attempt to marry them without first embracing the tension and allowing it to dictate where the music needs to go.

Heron Oblivion is at its most transcendent when that tension explodes into guitar solos and drum batteries. The styles clash and complement each other in a way that feels original and unique to Heron Oblivion, and makes for an incredibly strong debut that’s not shy about the band’s aspirations.