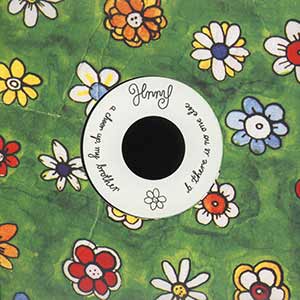 It's surprising that it's taken this many years for HNNY to release a feature-length album, but it was worth the wait. With Sunday, he continues his experimentation with gospel music and traditional soul remixes, but places them beside his more traditional house music tracks. At his best, HNNY seems to mould old music to an electronic soundscape that's just as challenging and emotionally challenging as the soul and gospel music he samples.

Sunday is the first full-length LP from HNNY, the stag name of Swedish house music producer Johan Cederberg. It doesn’t include any material, as far as I can tell (correct me if I’m wrong) from his earlier EPs and singles, and is a solid offering of exclusively new material.

When I hear the genre “house music,” I still cringe a little inside from the early–2000s pre-conceived notion that it was all going to be heavy beats and ridiculous dancing. But HNNY is remarkably more restrained, feeling a bit more like a soul record than anything else. Which makes sense, because HNNY has a tendency to sample American soul music, which gives his music a certain vibe.

I don’t think you could actually dance to Sunday. That’s not a bad thing, for the record (no pun intended). Check out Cheer Up My Brother for a little bit of a flavour of how HNNY sounds: if anything, I’d call this house music because I’d listen to it while chilling at my house.

Fans of laid-back pop music with soul influence definitely shouldn’t pass this up. And fans of great music in general should give this a listen to.