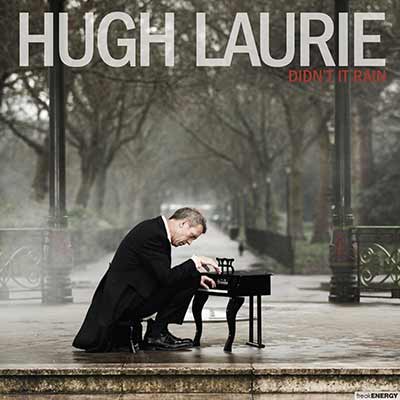 Hugh Laurie plays New Orleans jazz like his heart beats as one with the genre. On Didn’t It Rain, he makes the argument that he might be a better musician than he is an actor.

If you didn’t know Hugh Laurie, more popularly known as Dr. House, could play music, then you’re sadly missing out. His newest release, Didn’t It Rain, is filled with all sorts of beautiful jazz pieces. Laurie captures the New Orleans jazz vibe with spirit that is incredible, particularly because he’s British, but also because he’s as astoundingly good songwriter.

The St. Louis Blues has got what I’d call a rollicking piano riff, but goes through standard and modern jazz and blues vibes like a monkey let loose in a smokey 1940’s bar after being taught to tango. The whole album almost goes on and on forever, with Laurie seemingly boundless with energy, and it never overstays its welcome.

Laurie doesn’t perform alone, though: with a backing choir and full set of performers stomping through tracks with him, Laurie really captures the essence of New Orleans jazz by making you feel like you’re part of the live experience. Maybe it’s because Laurie isn’t American and has had to find ways to recreate the New Orleans soul experience with the context of Great Britain, but he’s remarkably successful at channeling a nearly gospel-like reverence for the sound.

Wild Honey just roars with bristling piano riffs and Laurie’s powerful vocal work. When he says he’s a “jack of all trades, a master of fun,” for what it’s worth, I believe him. I Hate a Man Like You stings like it’s something your ex-partner once said. Changes resonates with me, as everybody I know is moving all over the world after school and we’re all saying these constant bittersweet goodbyes. Laurie’s right — love does always change to sorrow, and life is here today and gone tomorrow, but still the world keeps going. And how cruel is that? At least the foot-stomping trombones will keep us company even when nobody else will.