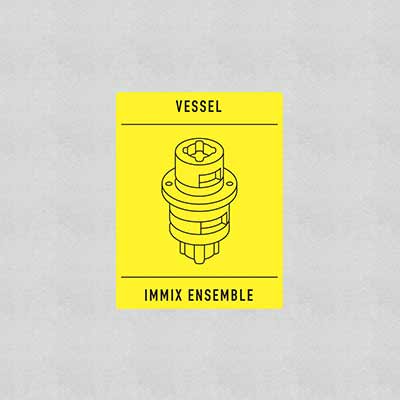 Immix Ensemble, a saxophone player from Australia, pairs with electronic producer Vessel to create a weird, avant-garde classical experiment that is as entrancing as it is boundary-pushing.

It’s hard to describe Transition, the first EP in a partnership between saxophonist Daniel Thorne (Immix Ensemble) and electronic guru Serge Gainsborough (Vessel). Despite the album’s short running time, clocking in at around twenty-six minutes, it’s hard to describe its merits succinctly because of its unusual depth.

Perhaps it’s easiest to let Erased Tape Records, the studio behind the collaboration, explain it for us:

Musical instruments are a somewhat technological anomaly in that they are rarely updated after their conception, often only receiving minor tweaks over the course of hundreds of years. As such, each instrument provides us with a snapshot of the cutting edge technologies of a particular time and place – in this sense, the instrumentation used by Immix provides us with snapshots of technologies that can be traced back as far as 1500BC.

Each track is a movement with two parts highlighting the discovery of an instrument, marrying it with the discovery of electronic music and synthesizers. A strange sort of synthesis happens here, when the instruments collide: historical context feels lost in metaphor and draped in allusions, and what might otherwise be simply noise takes on new meaning.

What Hath God Wrought is the most straight-forward track on the album, but it really takes off with De Revolutionibus, a track that begins to collide the electronics and organic instrumentation in a less organic and more oppositional way.

As the album continues, the pairing becomes more violent as the electronic instruments slowly take over, cleverly posing a question about the future of music itself. It comes to a massive head in the appropriately titled Battle Cry.

At twenty-six minutes, you would think there wouldn’t be enough time for serious exploration. But Immix and Vessel are impressively able to mine a lot of depth in that short period of time, to the point where a longer record would perhaps feel overwhelming.

This is not easy listening. This is purely avant-garde electronics at work, married to the sort of frenetic creativity that classical music once prided itself on. Transition is a rewarding listen, but not one that gives itself up easily.