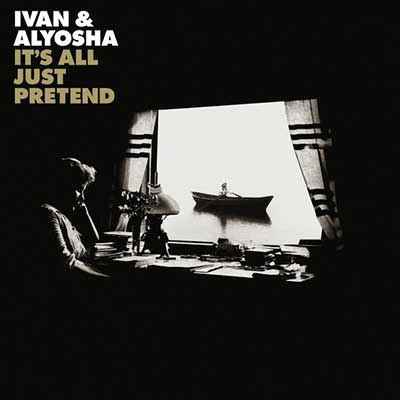 It's All Just Pretend

Ivan & Alyosha’s sophomore record might play it safe, but when your songwriting is as good as this, it might not matter at all.

There are three directions a band could go with a sophomore record. The first thing they could try to do is grow, push their boundaries, break beyond their limitations. When this fails, it’s often catastrophic for a band. The second is to sell out, which… Well, it’s selling out.

The third thing a band can do is play it safe. Instead of selling out or pushing limits, the band sticks with what they know. Sometimes, this can be perceived as a slump, which is to say a creative rut, but other times it means the band is simply aware of what they’re good at.

Since their debut feature-length in 2013, All The Times We Had, the band has grown in size and brought on two new members. It’s All Just Pretend, they sound larger, but they still sound as intimate as they did before.

In fact, the biggest success of It’s All Just Pretend is that the band still sounds incredibly intimate. And while the material is getting more crowd-friendly, with sing-alongs that will work well in stadiums. But the band hasn’t forgotten its roots: All This Wandering Around and the title track feel like “vintage” Ivan & Alyosha, if you can call it that.

At the end of the day, Ivan & Alyosha has always been a crowd-pleaser. Their songs were campfire-worthy, the sort of songs you share with your friends so you can sing together at a concert. While the band doesn’t seemed destined to push themselves towards a Grammy anytime soon, It’s All Just Pretend is a wildly optimistic and pleasantly listenable pop/rock record that’s easy to love.