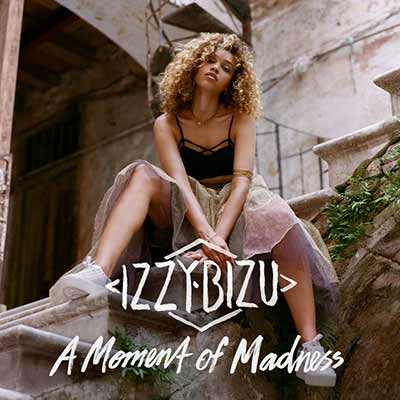 A Moment of Madness

Izzy Bizu’s debut album is long enough that it feels like two records, but despite its contradictory nature, this jazz-inspired singer is an absolute treasure.

Izzy Bizu is twenty-two years old. I just want to state that for the record. A Moment of Madness, her debut record, is stealing the affections of many of us right now. At twenty-two years old, Izzy Bizu — whose full name is Isabel Beardshaw — is receiving international attention.

And all of it is deserved.

Izzy’s stage name is interesting to me. It reminds me of the sensual French pop that was sweeping New York City in the 1960s: full-bodied French singers taking jazz by storm with their mix of classic ability and full-throated sexuality. I don’t know if that’s the image that Izzy Bizu wants to conjure up, and I don’t presume to think it is, but it fits.

First things first: Izzy has a phenomenal voice. Reminiscent of Amy Winehouse, with hints of Adelle, Izzy’s voice hits the rafters with ease. Fitting with my theory on her stage name is her jazz-inspired singing style: it’s playful and sometimes inspirational. It fills a room. But she brings this jazzy style to big pop tracks.

Most of the tracks on this record have a lot of radio potential. “White Tiger”, “Skinny”, and “Diamond” are all excellent — and those are only the first three tracks. None of these songs are particularly thoughtful — “Skinny” is about the body size that Izzy looks for in men — but they’re loads of fun.

Interestingly, A Moment of Madness was supposed to be released in June, but got delayed. This is a summer record if I’ve ever heard one. (Just in time for an “Indian Summer”, right?)

That being said, many of the tracks towards the end of the record feel more traditionally jazz-inspired. “Hello Crazy” feels like a live track. “What Makes You Happy” is an Adelle-like slow burner that thrives off its jazz connections. “Mad Behaviour” features a big, radio-ready chorus, but can’t escape its own lethargy.

My point is, there are two Izzy Bizu’s here: one is a pop-ready, crazed machine of a singer. The other is a quiet and introspective jazz singer. I don’t know which one I’m supposed to be rooting for. Both are excellent.

All of this is to say that A Moment of Madness is too long. It feels like two records. At seventeen tracks, this isn’t a “moment” of madness (if it’s madness at all). It’s fifty-nine minutes of occasional sobriety.

That’s not an insult. I quiet enjoyed both records here. But there are two albums. If you want my advice, take A Moment of Madness and split it in two. Alone, these conflicting sides of Izzy Bizu are both more powerful.

“Mad Behaviour” is a better song when it’s not listened to in the context of “Give Me Love”. Again, both are excellent, but they’re so different.

As odd as it sounds, because of its personality crisis, this is a record we should treasure. There’s no doubt we’ll be hearing more from Izzy Bizu. But in the future, her records will be shorter and more focused. This sort of sprawl is exactly the kind of music Izzy should be making while she fine-tunes her musical identity. If A Moment of Madness is mad at all, it’s only because Izzy doesn’t know who she’s going to be yet. That makes A Moment of Madness exactly the sort of debut it should be.

In an era of perfection, where artists are polished to a shine, the polished production on A Moment of Madness can’t hide the joy of Izzy’s slow self-discovery. For all of the record’s complications and multiple personalities, I love that.

It would be a shame if you missed the debut from one of music’s biggest future stars. A Moment of Madness is to Izzy Bizu as 19 is to Adelle. Don’t skip it.