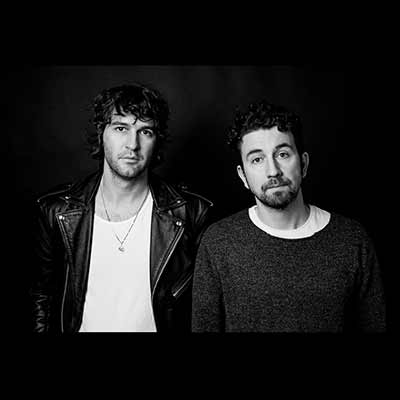 Near to the Wild Heart of Life

Japandroids’ newest album is more diverse and mature than their previous records, but the music is all the better for it.

Japandroids’ new record has been a long time in the making. It’s been five years since the 2012 release of Celebration Rock, one of Canada’s indie rock classics. Celebration Rock was a record that sounded exactly like its title: it was loud and boisterous, a party rock record for Canadian college students if ever was one. There were songs about drinking, smoking, and partying the night away.

Near to the Wild Heart of Life isn’t like that.

It turns out Celebration Rock, one of my go-to records over the past half a decade, is a product of its time. Maybe it’s the Obama era, or simply a product of the band’s youth, but its fun-loving nature isn’t replicated on Near to the Wild Heart of Life.

Wild Heart sounds like the post-hangover record to Celebration Rock’s blissful joy. That’s not to say it’s a sad record — far from it, really. But it feels like Japandroids looked at Celebration Rock and decided they needed to grow up a little bit.

In some respects, the band sounds a little less energetic than before. “Mature” is an appropriate word, but it carries unfortunately negative connotations. The changes on Wild Heart are almost all for the better.

In many ways, songs like “North East South West” are among the best the band has made. It’s dynamic without losing its forward motion and energy. “True Love and a Free Life of Free Will” is a slow song, and it consequently speaks a totally different musical language than anything Japandroids made in the past. It’s a surprising direction for Japandroids to pursue after this many years of gun-blazing rock, but it’s a direction they’re surprisingly comfortable in.

You could call Celebration Rock a youthful record and Wild Heart an adult one, or at least a record influenced by adulthood. But that would be missing the big picture.

And the big picture is this: Japandroids use Near to the Wild Heart of Life as a transitionary record. They reflect on whether they’ve been, and carefully consider where they’d like to go. “In a Body Like a Grave” sees the band reflect on the hometowns they’re from, what they sacrificed to get where they are now, and what it feels like to look back even as they look forward. It ends the record on a high note, but leaves us wanting more.

There are energetic moments on Wild Heart reminiscent of the band’s past, but now Japandroids looks to those moments as sentimental throwbacks. But thankfully, in the process of diversifying their sound, Japandroids’ music has become more nuanced and subtle. They’re a better band, even if they’re a different one now.

Near to the Wild Heart of Life is less of a party. More of a thought. And as Japandroids shift from a celebration in 2012 to introspection in 2017, so too does the world.