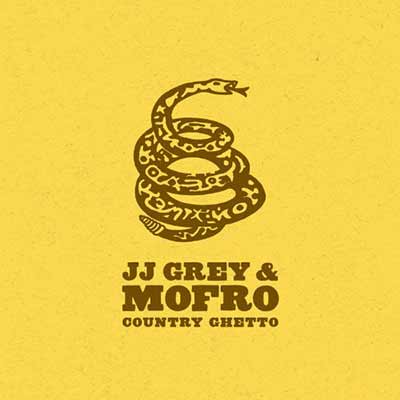 JJ Grey & Mofro have put out the very definition of a southern-rock record. There's a bit of country twang in their blues rock sound that makes this sound more experienced and authentic than many of today's modern southern-rock imitators, but ultimately, what they've done is made a great party rock record. Country Ghetto would sound amazing live.

JJ Grey & Mofo’s blues-country record is something special. With all sorts of dirty grooves and catchy riffs, these guys know what’s going on. And it’s honestly dirty, in the best sense of the word. These guys don’t sound polished. They don’t sound like Joe Bonamassa. They sound raw and honest. It’s a great sound.

I’ve referenced old-school Black Keys a lot, because it’s one of the easiest ways to reference a sound people know. In this case, the comparison between JJ Grey & Mofro stands true, but it doesn’t imply the depth and world-weariness that JJ Grey & Mofro bring to their music. This sounds more like if Jerry Cantrell (of Alice and Chains fame) were to make a country record rock. It’s great, authentic stuff, and a ton of fun.

In that sense, there’s a trend going on right now in rock music to emulate that old-school blues rock sound that country crossed over into for a while. What the bands who are emulating these sounds lack is the experience. JJ Grey & Mofro have been around a long time — since the mid–1990s, in fact — and you can tell these guys have heard it all and they just want to make fun southern-influenced party rock.

Country Ghetto is a record that your Dad could listen to, but it’s also a record you could get in on. It’s more fun than many of the albums today’s imitators are putting out.