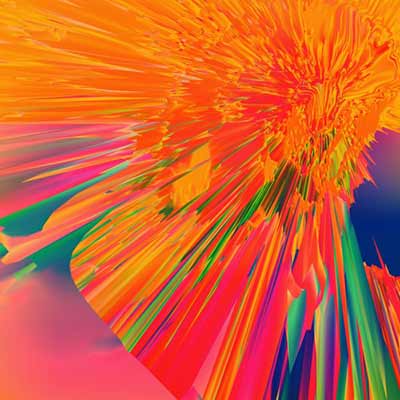 JMSN is a neo-soul wunderkind who’s making deliciously funky R&B and becoming more vulnerable in an attempt to keep his integrity as a performing artist.

There’s one moment on It Is that summarizes seemingly the entire album. After the rousing Funk Outta Here wraps up, JMSN is approached backstage by a couple of record label gurus who want to offer him a deal. Reminiscent of Macklemore’s Jimmy Iovine, the track (Juice (Interlude)) is candid — almost to the point of anger — about how ridiculous the record industry is. Obviously, JMSN doesn’t take the deal.

And he doesn’t need to: on Juice, he’s told that he needs the help of the label’s biggest hitmakers. But it seems pretty clear to me that all he really needs is a bit of radio play. Songs like the aforementioned Funk Outta Here, or Be a Man, just need a little bit of support from the local R&B radio stations to pick up the steam they need to succeed.

What makes JMSN work so well is a combination of a unique voice and a total disregard for genre conventions. While it’s clear that JMSN knows exactly what R&B should sound like, he seems more interested in writing his own style of record that bridges the gap between the neo-soul of people like Gallant with the pop sensibilities of Justin Timberlake.

While he’s not writing songs like Mirrors, JMSN is clearly self-aware. I can’t tell for sure, but it sounds like he’s doing all of his own backing choir parts. His music isn’t mixed well enough to be coming from one of the big labels. So when he sings “nobody’s going to understand,” I believe him, because he’s doing this all on his own — unlike most of the current prodigies in his genre. And on the last track, when he asks what you’ll gain “by pretending to be something you’re not,” it feels like he’s been real with you for the past 50 minutes. With JMSN, It’s not about a polished presentation, or stunning production.

What JMSN lacks in polish he makes up for in raw power and authenticity. The kick-off title track feels like one of the most vulnerable R&B tracks released this year. It’s a great way to start the record: like almost every other track, it’s a slow burner. Slow burners are great for JMSN, because they allow him to really show off his powerful presence.

What I like about JMSN isn’t that individual tracks are solid, though. It Is. is one of those rare albums that feels like the whole is greater than the sum of its part. On its own, the songs are successful, but taken as a whole, the album is more powerful than the songs alone. JMSN isn’t the world’s best singer (and I suspect he knows that), but he has a powerful sense of emotion and presence in his voice that sells him really well. Fans of carefully crafted R&B are going to love him.