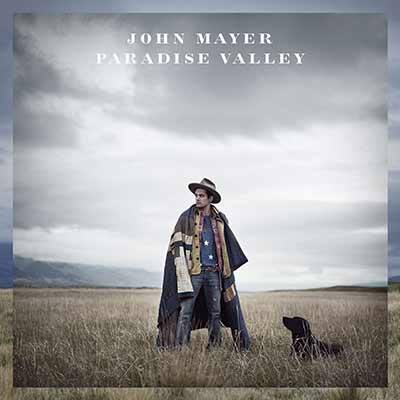 Paradise Valley isn’t a complete return to blues form for John Mayer, but it’s — without a doubt — his most consistent songwriting in years. Fans will be delighted.

It’s fitting that Hugh Laurie and John Mayer are in the same issue. Like many people, the first Mayer song I heard was on a House episode. I vividly remember Hugh Laurie hanging his cane in the show and picking up a Gibson Les Paul, Gravity playing in the background as the episode faded to black. I’ve been a fan ever since.

Every single review I read of this record is awful. It’s all “John Mayer throws women away and half the songs are about ex-girlfriends” and all that kind of stuff other less-popular musicians don’t have to put up with. But isn’t that what blues is about? It’s a relief to hear Mayer stick to what he knows.

I’m of the belief that John Mayer’s always been a good songwriter, despite some of his lesser records. While Paradise Valley is no Continuum, it’s his best since. It’s got a little blues, a little country, a lot of Americana, and a little more of an optimistic outlook than songs like Dreaming With a Broken Heart.

Want some great tracks from the album? Check out Wildfire, a nice intro to Mayer’s newest stylistic country. Waitin’ On the Day and Paper Doll are the most old-school like Mayer cuts. My personal favourite, I Will Be Found (Lost at Sea), is beautiful, and Badge and Gun is as breezy Americana as you could ever expect.

The real talk of the record is Who You Love, which features Katy Perry. We’re all talking about it because Perry’s on it. But the song sucks, naturally, despite Katy’s less in-your-face vocal mannerisms. It’s not a good fit for her sexually grandiose style — Perry singing softly doesn’t feel natural. It’s the stuck-up thumb on an otherwise great record.