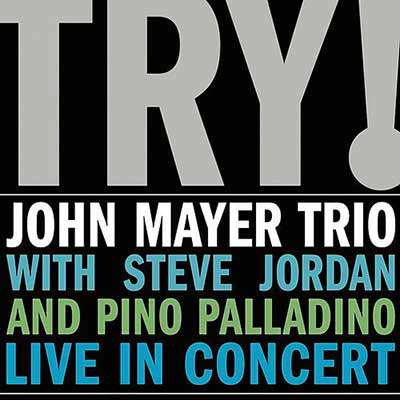 For blues fans, John Mayer's recordings with his trio might be the best part of his oeuvre. His 2005 live recording, Try!, is no exception. The band plays through an unbelievable set of originals and covers with lively musicianship and an impeccable sense of showmanship.

A couple years later, Mayer would release a much more popular live record called Keep Me Where The Light Is, both a popular lyric and a reference to his desire for fame and happiness. That record is a sham. This is the real deal. It features Mayer singing his own songs, with stripped-back guitar and a fantastic duo of musicians accompanying him (Gravity is particularly stellar here), but it also includes a ton of covers of popular blues song done in what now feels like the trademarked Mayer style.

A lot of people compared early Mayer to Buddy Guy, which might be a bit much — particularly with the benefit of hindsight. But what hindsight has also revealed is how much Mayer got right about the blues. What Quentin Tarantino is to blaxploitation films, John Mayer is to the blues: a white man paying such incredible homage to what’s typically been considered a black genre (with roots going as far back as slavery), that it’s hard to consider him anything less than a genius in most circles. But John Mayer’s just a man who listens to a lot of blues. It shows. Try! is an essential part of any respectable blues fan’s library.