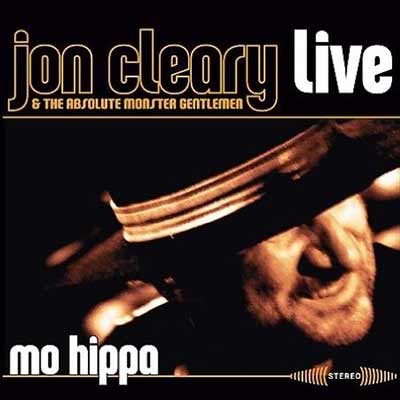 Jazz is a genre best listened to live. Mo Hippa is an excellent set of live tracks from one of New Orleans’ masters and his accompanying band.

Jon Cleary knows how to put on a show. When I saw him play, he wasn’t facing the audience: he sat at a baby grand piano, looked away from the fans, and began banging through his set, leaving the bassist and drummer to take over much of the theatrics.

But Cleary still has a tell: he’ll turn to the audience with a look on his face that falls somewhere between a nudge and a wink, and he’ll say something cutesy to drive up audience applause. This is your moment of involvement. And it’ll often happen halfway through a song, when every stops and later picks back up in grand fashion.

These live moments are what makes jazz performances great. There’s an energy to them that simply can’t be captured on a record. It’s one of the reasons the best way to experience jazz is to see a live show, and it’s undoubtedly the reason there are still a lot of jazz bars left over from the genre’s heyday.

Some of that riotous crowd-pleasing is present on Mo Hippa, the live album that Jon Cleary put out with The Absolute Monster Gentlemen, his backing band. You can hear it on crowd-pleasers like “When U Get Back,” which is a stunner of a track — particularly with its chorus and harmonies.

The track is a great demonstration of everything else that Jon Cleary and his band have to offer to: most of the track is an incredible, jubilant piano solo that lights up the room. The crowd loves it. It’s in exact time with the band.

The hardest thing about jazz is the timing. The solos require an incredible amount of precision, regardless of the instrument you’re playing — and everybody in Jon Cleary’s band is monstrously talented (pardon the pun). But what makes the band so impressive is how tight they are. Jazz is often polyrhythmic, working in non-traditional time signatures. (That’s also the reason jazz is often so dance-able.) Those time signatures make playing tightly very difficult, but Jon Cleary & The Absolute Monster Gentlemen are impeccable.

I say all that so you can really appreciate what’s happening here, particularly on Booker T inspired tracks like “Mo Hippa,” the finale. Everybody on stage here plays incredible, and if it weren’t for Jon Cleary’s immense voice, they would completely overpower him. (I couldn’t find a version of this track on Youtube, but it’s a can’t-miss track. Here’s a performance from 2008.)

Some tracks in jazz rely on a more traditional blues-like structure, creating an atmosphere of melancholy. “Port Street Blues” are a perfect example of the mopey New Orleans vibe i’m talking about: it takes expert musicians to be able to play through a track like this, shimmying between different time signatures and tempos with ease. It’s also a fantastic track.

For most people, though, I suspect that Jon Cleary’s going to be at his best when the band is at their most energetic. For those people, “Cheatin’ On You” might be one of the standouts on the record. This is one heck of a track. “People Say” is also going to be a standout, particularly after the drums get involved.

If there’s anything I can say about Mo Hippa (Live) that I haven’t said yet, it’s simply this: I think the album is one of the clearest representations of New Orleans jazz that we as a music community are blessed to have. For fans of New Orleans jazz, it’s a must-listen. For people wondering why some of us love the genre so much, this is an approachable and fun way to find out.