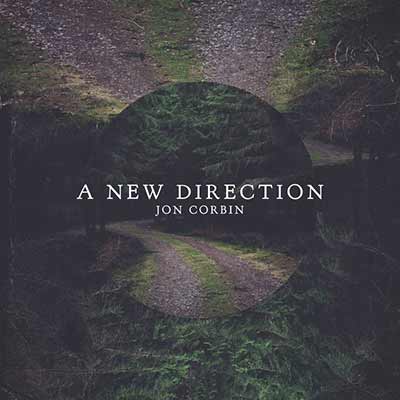 Jon Corbin’s take on the Christian rap is different from many of his contemporaries, and the honesty and authenticity he approaches his music with makes him stand out.

In our interview, Orijin took the time to turn me on to Jon Corbin, a friend of his and the LSTNFND label’s. It turns out that Corbin is a tremendous emcee, capable of putting together a wide variety of beats and performers and avoid overstating his welcome.

His record hits home on all of these things. Confessions of a Mixed (Up) Kid is perhaps my favourite record off the record: a catchy bass line drives the beat forward, keeping things fresh, while Corbin rhymes about his struggles growing up as a mixed race, feeling neither African American or white. And as he raps about his absentee black father and growing up exclusively with a white family, he asks for an invitation to share his struggles with you. And it feels completely authentic.

In a lot of ways, Corbin reminds me of Shad: he’s got a flawlessly tight flow, and he’s not afraid to speak his heart, but he has these old-school beats that feel as raw as his locals. Some standouts include tracks like The Prayer of a Restless Soul, Without You, and A New Direction for Jon Corbin. Great lyrical flows backed up by some fantastic beats.

He’s also got some mean guest rappers. Of course, Orijin is involved (on Life of Love), but he also features Eternia and Relic on Without You. While Jon doesn’t need anybody else to cover for him — he can do just fine on his own — he’s happy to step aside and give somebody else the spotlight.

It’s interesting to me the things that make Jon Corbin different from some of his contemporaries. I’ve heard a lot of “Christian rap,” and most of the genre is filled with either happy-go-lucky rappers who are having fun and praising God, or men who are angry and trying to figure out where God fits in their life. Jon Corbin doesn’t fit into either of those categories.

Jon Corbin has clearly had a difficult time accepting not just his race, but also his absentee father. He’s struggled to forgive. He’s struggled to make peace. It’s interesting that he doesn’t see his faith as a part of it — he sees his faith as the whole story. The music is him walking you through how he valued himself as a person when he feels nobody else did, and how he turned to God to find his value.

For non-religious listeners, Jon Corbin might be a bit much. But for the rest of us, he’s a relief compared to some of the popular hip hop on the radio. A New Direction is a fantastic album with a real sense of vision and great beats.