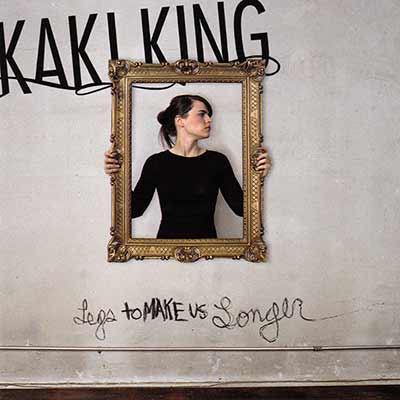 Legs to Make Us Longer

Kaki King’s a chameleonic guitar player, able to adapt to any style with ease. Rolling Stone’s first female guitar god really shines on Legs to Make Us Longer, a record that shines because of both her guitar playing and her songwriting abilities.

I’ve been listening to Kaki King since this album came out in 2004. Hard to believe it’s been that long, actually. I’m surprising myself here. Because I’ve been a fan of hers for so long, it was really difficult for me to pick an album of hers to recommend. I believe Legs to Make Us Longer stood out from the rest of her discography.

Kaki King was the first female “guitar god,” as declared by Rolling Stone Magazine, and although her music has since become edgier and vocal-filled, I think Legs to Make Us Longer is still the best demonstration of her pure, unadulterated talent with the guitar. Listen to Playing With Pink Noise — the way she slaps the guitar and plucks the strings is almost unheard of. She’s actually blending multiple different cultural styles, which is an incredible feat for a solo musician.

All that being said, Kaki King isn’t just a great musician. She also writes good music. Her songs are often filled with emotion. Can the Gwot Save Us? is a track that provokes a more complicated emotion than anybody could ever create with only a voice. Neanderthal bounces up and down scales like Kaki King is playing heart strings, and when she smacks the guitar strings to create a resounding kerrang at moments of high tension, I’m right there with her, feeling every bit of it. This is one of the all-time great instrumental albums of the past ten years.