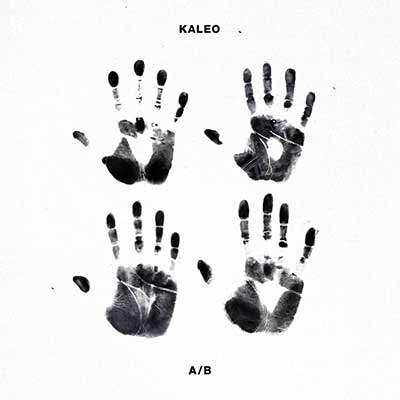 Kaleo’s debut full-length record is an intriguing and eclectic mix of American blues rock and traditional Icelandic music — and largely because of its self-inflicted identity crisis, it’s hard not to recommend it.

If you’re anything like me, the opening notes of “No Good” — the first track on Kaleo’s debut record — will ensnare you right away. It’s fuzzy blues rock at its best, and sounds as modern as it does like it belongs in the 1970s. When Jökull Júlíusson starts singing, his voice sounds distinctly American — with a vocal range that at times howls like Brian Johnson (of AC/DC fame).

So it might be surprising, then, for you to learn that Kaleo is a distinctly Icelandic band equally inspired by the native folk music of their own country. Folk-inspired Blues tracks like “Way Down We Go” hint at this, but “Vor / Vaglaskógi” makes it pretty clear.

Still, it’s hard to guess their roots most of the time. Tracks like “Automobile” even celebrate North American traditions, like chasing after the perfect car (my European friends tell me that’s definitely not as much of a thing over there). And songs like “Glass House” sound nearly Springsteen-inspired.

You could be forgiven for assuming that Kaleo is the latest in a string of rock bands who want to emulate the fuzzy sound of American rock in the ’70s (blame Wolfmother for kickstarting that craze). But largely because of their distance from it, Kaleo is able to make all this work and feel somehow original.

I actually largely like how the band seems at a loss between who they are and who they want to sound like. That very identity crisis makes them feel more “authentic” than many of those throwback bands usually are.

One of the reason their music sounds so authentic is because of the production: Kaleo’s music uses a resonator to make some frequencies vibrate more than others. It’s a track that makes some ranges sound louder than others on a record. It also simulates that slightly washed-out fuzz sound of the ’70s without attempting to duplicate it in post-production, and it works perfectly.

A/B is guitar rock for people who miss Guitar Hero. It’s riff-heavy, filled with guitar solos, and generally just a ton of fun. I think the last couple tracks aren’t as well-balanced as the first half of the record, but there isn’t much to complain about on A/B — which is a ridiculously fun rock record from a band who’s going to accomplish great things.