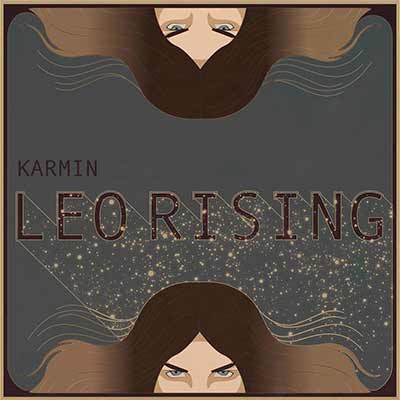 The husband-and-wife duo behind Karmin released their second album independently after being dumped by their record label.

Karmin started as a Youtube sensation. (Depending on how old you are, that’s either amazing or disturbing.) The husband-and-wife duo was known for their back-and-forth rapping and singing on Youtube, inventively covering and writing their own alt-pop.

As their fan base grew, it didn’t take long for Karmin to attract the notice of a major label. In 2012, they released Hello, an eight-track EP, with Epic Records. In 2014, they released their full-length debut on Epic: Pulses.

(Turns out the Venn diagram between Youtube addicts and record purchasers doesn’t overlap much. I kid, but… Well, I don’t kid. If you’re reading this and you work at a record label, your single takeaway from this review should be that Youtube views are rarely indicative of record sales. That being said, the opposite is true: a record that’s selling well will almost always get a lot of Youtube views. Anyway, moving on.)

After getting let go by Epic, Karmin decided to release their sophomore effort independently. As a result, Leo Rising feels like a record they wanted to make.

Each track in Leo Rising is based off a different sign. “Blame It on My Heart” is based on Sagittarius, for example. “Save Me Now” (one of the best tracks on the record) is Capricorn. (Sadly, the album titles in Apple Music don’t indicate which track is meant to be which sign — I had to look it up.)

The result is a smart collection of alt-pop tracks that offer a wide variety of styles. “Come with Me (Pure Imagination)” is a cover/remix from Charlie and the Chocolate Factory that’s unapologetically pop. This is the sort of music that Karmin is known for. (It’s well-timed, too: R.I.P. Gene Wilder.)

“Didn’t Know You” competes with the best pop: the verse reminds me of Lady Gaga, and the chorus competes with the best indie. “No Suitcase”, my favourite track on the record, offers a fun chorus and a shiny verse that feels like L.A. (It could also double as a “love letter” to Epic Records, although I doubt it’s intended to feel that way.)

There’s an infectious sense of fun throughout this record that was missing from Karmin’s records with Epic. Although the duo is rapping less than they used to, it feels like they’re finally making the music they want to make. This is the first record from Karmin that’s caught my attention, and if you haven’t heard the band yet, this is the first one from them that deserves your heavy rotation.