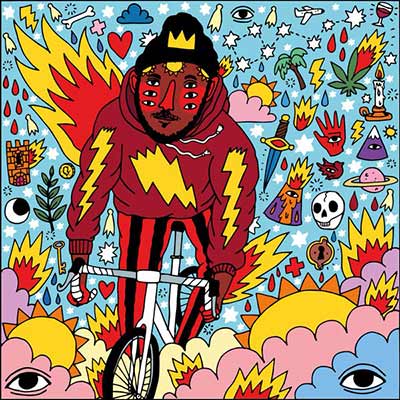 Kaytranada’s debut album feels almost conservative compared to some of the more aggressive electronic releases this year, but it’s such a polished album that it’s impossible to ignore.

I want to be clear from the get-go: 99.9% is a real treat. Kaytranada is experimenting with all sorts of sounds and loops throughout the record, and many of the guest rappers and singers simply add to the album’s fantastic ambience (even if you don’t necessarily love their performances).

99.9% might not be the perfect dancing record, but it feels like it was tailor-made for the club — even when it’s being more experimental. I’m in love with Track Uno (which is, of course, the first track). Off-kilter note selections harken back to old-school jazz, but what really works is the way the loop becomes a pulsing, living thing throughout.

When Kaytranada experiments with rap and hip hop, he takes it in surprising directions. Glowed Up features Anderson .Paak, so I was expecting a bit of an R&B track, but it’s one of the hardest hitters on the record. It’s different for Kaytranada and Anderson, making 99.9% feel like a safe place for everybody to try new things, even after its halfway point.

Some of the other tracks feel old-school in a way that makes Land of the Loops feel modern. In Weight Off, for example, the dominating bass line dares to play with an Egyptian-like Dorian scale (I think it’s the Dorian scale, any way), offering a sound that’s both vintage and unique at the same time.

And it moves perfectly into One Too Many, which feels perfect for a good dance night. And if you’re not dancing to it, it makes a perfect song for driving around the city late at night, or playing Grand Theft Auto.

For a debut release, 99.9% is exceptionally polished, well above and beyond what most artists would ever consider attempting for round one. But Kaytranada is a whole different beast. The album is fantastic — often sensual, often club-ready, and always rich with vocal appearances that really do add to the tone of the record. This is a debut electronic record that’s not to be missed.

Oh, and we mention how wicked the album art is yet?