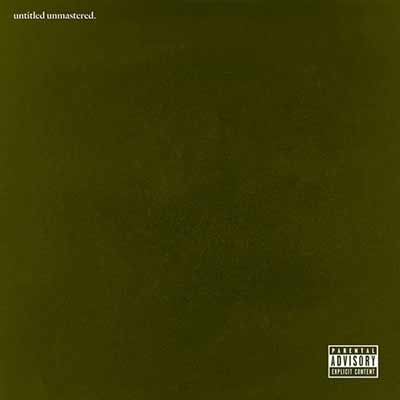 Kendrick Lamar’s surprise new record, even once it’s separated from its unexpected (and sort of bizarre) release and its weird song titles, still gives us a lot to think about as it begs repeat listening and think pieces.

Who saw this coming? Kendrick’s latest record doesn’t feel like a follow-up to To Pimp a Butterfly, nor does it feel like a collection of B-sides. Each track is simply called “untitled” and given a date, which often don’t coincide with events Lamar will specifically mention in the songs, rendering them totally meaningless. The messaging is clear: this album is Kendrick giving us something new while avoiding the weight that comes with an “official” new record.

And it’s pretty clearly a project, not a record, something Kendrick has just experimented with. It’s jazzier than TPAB, and more free-form with its ideas too. It’s also riskier, often more flawed, clearly unsure even of its own edits. Untitled 7 feels like four songs instead of one. Untitled 3 and untitled 8, already performed on late-night TV, differ from their televised versions in significant ways, but also lose much of their urgency and immediacy on record.

That’s not to say the album is a mixed bag: when Kendrick is on fire, he’s on fire. Untitled 2, 3, 4, 5, 6, and 8 are all stunning, and they have enough depth that I suspect we’ll be talking about them for the rest to come. Kendrick struggles with his faith in God and in America, but also continues to struggle to rectify his experiences in Africa with the “first-world” problems of North America.

Untitled 3 also sees him exploring the expectations of people around him, particularly noting that the “white man” wants more success before it will reward him, going so far as to argue that they’d rather have him compromise and make more money for them than keep his artistic integrity.

Lyrically, Kendrick is still at the top of the game. Musically too, the album is less concerned with the thematic rigidity that accompanies a 60-minute-plus tour-de-force like To Pimp a Butterfly and takes more time to explore. Some moments are pure jazz, and some feel like old-school Kendrick. Jazz solos and twiddling positively abound here, and if ever there was a record where we could compare Kendrick to old-school Roots, this is probably it.

It’s hard to say if the album is a bunch of leftover tracks from TPAB, as Lamar suggests on Twitter. They sound more recent, and reference many of TPAB’s accolades, so it’s not likely that they’re B-sides. They also don’t sound unfinished. Like the rest of Kendrick’s tracks, these beg repeated listening. They carry depth. They’re not throw-aways, and they’re thematically complete and socially relevant. The album’s marketing is deceiving.

As a result, untitled unmastered. raises a lot more questions than it answers. It’s clear that untitled isn’t meant to follow up Butterfly, and that a full follow-up will come later, but then how do we evaluate untitled? If it’s not an album, and it’s not a mixtape, what is it?

untitled feels like Kendrick is playing with the act of releasing an album as an experiment, acknowledging that it’s coming out with warts and all. It’s a reflection of our social media times, maybe, but it’s also a reflection of the way music recording and distribution is changing.

There’s a moment on untitled 7 where Kendrick says the track is “15 minutes long” before picking up an acoustic guitar and nodding. As he strums a few chords, he spends a little bit of time noodling and making jokes, much to the joy of the others in the room. But if it wasn’t clear before, it’s made absolutely clear here: this record isn’t meant to be taken too seriously. It’s dark and it’s often thought-provoking, but this isn’t a full statement. It’s a thought, a brief letter, a social media update from Kendrick letting us know he’s still around and he’s got more to say.

It’s telling, then, that even when Kendrick isn’t trying to be at the top of his game, that he’s still at the top of his class and one of the best rappers out there. I suspect we’ll still be talking about untitled unmastered. at the end of the year, and like To Pimp a Butterfly, this project’s shape will shift and change with the times.