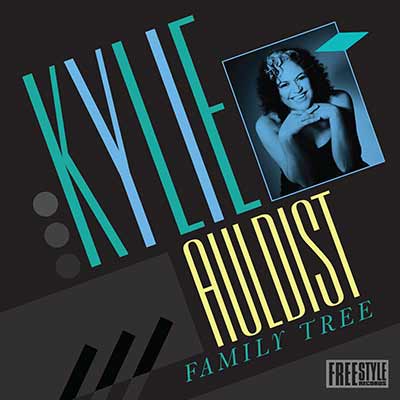 Kylie Auldist has had a storied history in the music industry, and I suspect Australian readers are already very familiar with her. She’s the lead vocalist of The Bamboos and Cookin’ on 3 Burners, and she’s also had a career as a soloist. Family Tree is her fourth solo record, and maybe her dozenth record overall.

At this point in any artist’s career, it’s always astounding they have anything new to say at all. But with Family Tree, Auldist is doing more than finding something new to say: she’s reinventing herself.

While she’s known for her work as a soul and funk singer, Family Tree takes her down the path of 80s disco, channeling both Michael Jackson and Chromeo throughout eleven fantastically strong songs. And her voice sounds more powerful than it ever has; she’s forced herself to rise above the synths and noise of disco without ever losing her tone.

“Too Easy” is a fantastic example of this: her voice howls over the backing track during the verse. She finds a commanding vocal tone even though she’s competing with disco’s intense backing beat.

But the real focus on this record isn’t the new sound or Auldist’s fantastic voice. If there’s any one thing Kylie does throughout the record, it’s reflect on how lucky she’s been. She spends the record looking back, thanking people, and inaugurating her peers and friends as the family that kept her going. In that sense, the record is about her career — a retrospective that looks back as it carves ahead.

In that sense, the record may be disco (Apple Music calls it “Australian disco,” whatever that means), but it’s purely celebratory. Auldist picked a genre that reflected the theme she wanted the record to be. It’s meant for dancing — it’s celebration music!

It’s also not as if she ditched her roots entirely. Much of Family Tree is steeped in funk. “Waste of Time” feels much more like a funk track than a disco track, as do “Rewards” and “No Change”.

But what each track has in common is an undeniable sense of groove. Family Tree is no masterpiece, but it’s a heckuva lotta fun.