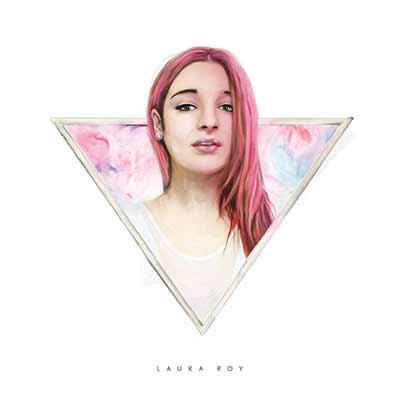 Laura Roy’s debut EP is clearly influenced by today’s biggest hits and some of Brooklyn’s best R&B, but her ingenuity lies in her precise production, vocal refinement, and songwriting abilities.

Laura Roy sounds like she’s been performing professionally for years. Every track sounds like the sort of track Ariana Grande would write, now several albums into her career. Part of that is doubtless the production on her EP, which is top notch and big-budget quality. But I think there’s something else going on here too.

Roy’s young: she’s a 1991 baby, which means she’s younger than me (talk about feeling old), but she’s been writing music for more than a decade. And after learning to play guitar, she recorded acoustic singer-songwriter EPs and sold them from her backpack during lunch break.

I suspect it’s that background that makes her debut EP so good. The focus here, despite the massive pop hooks on display, is undoubtedly her songwriting ability and vocal performances. Despite the synth-pop nature of each track, there are actual songs here.

The first track, “Don’t Chase” (which you can hear an acoustic version of here), is a perfect example of the subtle ingenuities she brings to each track. Roy ends the song mid-bar, but the note doesn’t feel wrong. When most musicians do this, it doesn’t sit well; it sounds forced. Here, the exact opposite happens: it feels completely natural.

When I was in high school, I took vocal lessons for a couple years. I remember my teacher explaining that every popular singer — be it James Hetfield (of Metallica) or U2’s Bono — had vocal “ticks” that they had developed over years of singing. The ticks are unusual sounds or emphases that their voices make.

On some tracks, Laura Roy’s vocal ticks shine through. I love “Take Me Down”, which has a delightful vocal tick in the chorus that’s sublime. The vocal ticks throughout this EP, but especially “Take Me Down”, are how I know Roy’s been singing a lot longer than most people would assume.

Each of the six tracks on Roy’s EP is worth listening to; they all have little moments that shine through. “Plastic”, the EP’s finale (and perhaps its best all-around track), has a great bridge that’s completely memorable despite being a simple twist on the song’s rules. It’s a step above much of today’s pop, and a surprisingly rich sound from a debut artist. Like most pop singers, the lyrics aren’t providing particularly deep social commentary, but I can’t help thinking Laura Roy has a strong future ahead of her as one of Canada’s best pop exports.