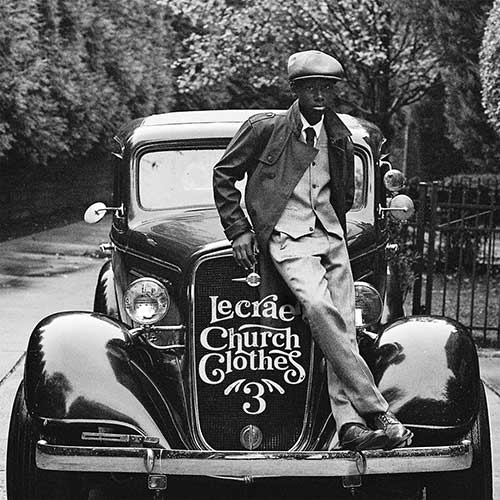 Lecrae's surprise mixtape solidifies his position as a leader in not just Christian or conscious hip hop, but the whole genre. His music has gone from surprisingly good to demanding respect, and at this point in his career, it sounds like Lecrae is at his prime.

I loved Lecrae’s last record, Anomaly, and thought it was his best record yet because of its jazz influences. On Church Clothes 3, Lecrae shifts directions again towards soul music influences and back towards his old-school hip hop vibes.

Let’s be clear about this: Church Clothes 3 is a major surprise. It’s an unannounced mixtape dropped on iTunes almost randomly after an unusually long period of quiet from Lecrae. Anomaly came out in 2014, and it’s been almost two years since his last record — the longest stretch in his career. And he released it on a Thursday to boot (which he hilariously quips about on It Is What It Is).

Surprises aside, his third album in the Church Clothes sequel is both a return to his hardcore hip hop roots and a new step for him, one that sees him exploring new directions. He sounds comfortable at this point, throwing around lyrical bullets as if it’s his prerogative.

He’s also still focused on being socially conscious with his lyrics. While Kendrick Lamar seemed almost prescient about the political climate with To Pimp A Butterfly, Church Clothes 3 feels reactionary to the situation. By looking back to modern hip hop’s roots with soul music and smash poetry, Lecrae is playing with his style without sacrificing his voice.