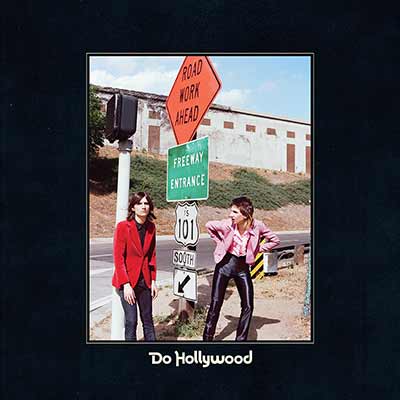 The Lemon Twigs’ feature-length debut is one of the most unusual and beautiful records of 2016. It’s a record that embodies the best of its influences and makes its impenetrable weirdness oddly accessible.

I didn’t have more fun listening to a record in 2016 than I did when I listened to The Lemon Twigs’ Do Hollywood for the first time. The record is truly unusual. It’s at once upbeat — and often carnivalesque — with its humorous approach to music-making. In fact, it wouldn’t sound of place in the background at a circus. Tracks like “Those Days Is Comin’ Soon” are truly strange, and musically hard to swallow.

But somehow, despite being reminiscent of indie darlings like Dirty Projectors, The Lemon Twigs have made an album that’s approachable despite its quirks. “I Wanna Prove to You” is one of my favourite songs of 2016; it’s an anthemic originality with an incredibly sing-along chorus. I took a road trip over Christmas, and there and back, my wife and I found ourselves hollering along with the chorus. (My brother-in-law and his girlfriend, understandably, thought we were slightly odd.)

Then there’s the majesty of “These Words” and the Beatles-esque simplicity of the piano-driven “How Lucky Am I?”. “Hi + Lo” has one of the most crowd-worthy choruses I’ve heard since Rah Rah’s “Art & a Wife”. The twenty-year-old version of me in college would have proudly proclaimed Do Hollywood as one of the best records of the post-Arcade Fire indie rock movement.

All that aside, what we’re left with here is a record that’s hard to make sense of. The duo puts music together in, shall we say, interesting ways. I’m often reminded of The Beatles while I listen to The Lemon Twigs — not because they sound similar, but because The Lemon Twigs have borrowed so much from the songwriting language of The Beatles without aping their actual sound.

As a result, The Lemon Twigs have a truly original record on their hands, and a unique sound that will serve them well for (hopefully) many albums to come. Miraculously, it just so happens that The Lemon Twigs have the ability to back up their inventiveness with great songwriting.

I couldn’t recommend Do Hollywood more if I wanted to. This is one of 2016’s hidden gems.