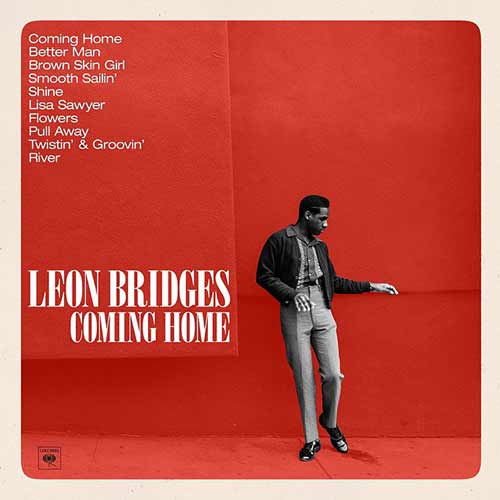 Leon Bridges' first full-length album is simply stunning: a real throwback to vintage soul music that feels so authentic that it's as if it travelled by time from the 1960s. It's no doubt one of the best albums of 2015, and perhaps the best "throwback" soul record ever made.

I have no idea how Leon Bridges hit the public conscious and then so quickly retreated from it. His debut record, Coming Home, was nothing less than a smashing success last year. The lead track became a viral hit on Spotify, and he quickly became part of many Apple Music playlists that I see claiming him as a vital part of the soundtrack of the lazy weekend.

All that being said, it seems like he’s largely been forgotten. I didn’t see him on anybody’s end-of-year best-of lists. And to be clear, that’s insane: he put out one of the best throwback R&B records of the past ten years with Coming Home, and deserves nothing less than all the success coming to him.

Coming Home excels because it’s a rare modern romance: it’s sweet and sugary without ever dipping into excess, unlike many of Bridge’s contemporaries. Coming Home isn’t about chasing tail; it’s about chasing love. It’s about being lovesick and forlorn about it. It’s also about being in love.

It’s also a total ear worm. Better Man and River espouse everything great about Leon Bridges: they hit that perfect mesh of when blues and gospel collided in the 1960s and created early R&B. And the songs get stuck in your head for days.