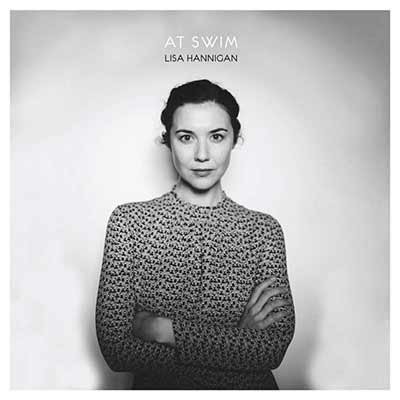 Three albums into her solo career, Lisa Hannigan performs her most beautiful music yet on At Swim — a deeply metaphorical folk record with a massive undertow.

There’s a magical quality about Lisa Hannigan’s voice, and perhaps At Swim in general. With rare exception, every track has the air and qualities of something straight out of our collective imaginations. The music patiently elicits a slow, collective gasp from its listener as it unfolds over eleven tracks.

Pretty amazing for what started as writer’s block.

These mystical tracks are self-evident from the get-go. The sparse production and airy vocal work of “Fall” and “Snow” feel as if they belong in a fairytale world.

I’m aware that some of you might take that to mean her voice is high-pitched and squeaky, but it’s not that at all. Her voice is lower than many women’s, but the way she sings — using all of her breath — evokes the feeling of being whispered to. Listening to Hannigan’s music feels like discovering a treasure only you and her know about.

Some of this work might be due to Aaron Dessner’s production. As he usually does on a record, Dessner’s created an emptiness with each track here that feels very much like the space occupying much of The National’s music.

On At Swim, that approach largely work. When Hannigan sings that she wants to “swim in your current” on “Undertow”, the production’s sparseness makes it feel like she already is. In “Fall”, the space within the track makes it feel larger than it really is.

It’s a powerful effect; an undercurrent in the music, if you will, that makes it feel more emotionally visceral. “Ora” leaves Hannigan’s voice almost naked on top of a piano, and while most songs fall apart with such minimal construction, the production (and Hannigan’s voice) bring it together.

Like many fairytales, the stories Hannigan tells us aren’t always pretty. “We, the ashes: We spend our days like matches / As we burn our ships as black as / The end, the end,” she sings on “We, the Drowned”. It’s as dark as it is beautiful, as lyrically powerful as the production is spacious.

Perhaps what’s most powerful about At Swim, though, is Hannigan’s awareness of being lost in an undertow. It’s a record about fighting a series of fights that we can’t win.

At one point, Hannigan pleads for us to hang the rich so we can spare the young. The thought is both sobering and damning. Hannigan must know what she asks for could never be.

So much like many fairytales, the scenery is gorgeous, but the ending isn’t pretty. In At Swim, we’re all in deep water. And we’re not going to make it. And any morals of the story will come too late.