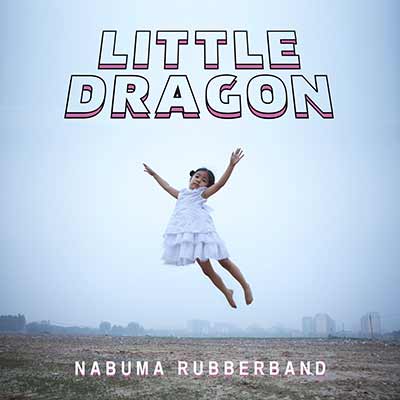 Little Dragon’s fourth record is a powerhouse of a production, with impeccably layered electronics that feel designed to make both great singles and a great live show.

This album is pure sex. From the opening track, you know it’s going to be something special. Mirror is a fantastic opening track. These guys have been around for a while, and they are very good at what they do. Songs like Klapp Klapp take the group in a new and exciting direction, while others — like Killing Me — keep rolling out the fantastic grooves that the band is known for. I could easily see Nabuma Rubberband being one of the best records of the year when 2014’s smoke settles; it’s got just enough old-school vibes and just enough electronic influence to become a classic.

All of the greatness on this record comes from Little Dragon’s experience — this is their fourth record now — and from their innate sense of style. What makes Little Dragon great is their music’s intensity, and awareness of the live context. I love how each song on the record sounds like it’d be excellent live — it’s a different take on the electronic dance genre, that normally plays better when it’s performed on tape or by a DJ. Little Dragon is meant to play live.

Their experience with concerts definitely shines here. The singles are the most magnetic, energetic tracks on the record — the sort of thing Little Dragon would use to rile up a crowd. Paris is a great example of a song that relies on synths, but has the feel of a live band that would translate so well to a live audience.

Nabuma Rubberband is the sound of a band perfectly maturing and preparing for world domination. It’s a powerhouse of a record and a great sign of even more things to come as the band matures.