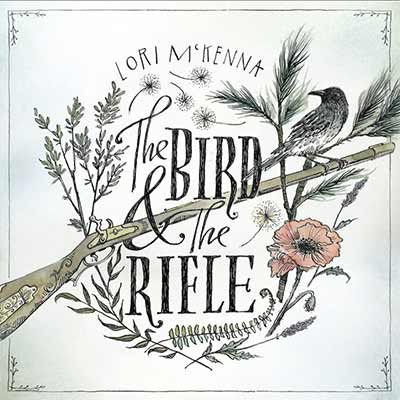 The Bird & the Rifle

Ten albums into her solo career, Lori McKenna is able to frame the plight of women, particularly women in bad relationships, into beautiful songs that remain approachable despite their subject matter.

But despite her ability to craft country music that tops the charts, it’s her solo work that feels most expressionistic. The Bird & the Rifle, which is her tenth record by my count, largely tells stories about women who can’t escape their negative relationships with bad men. (As a man, I don’t feel totally qualified to write about this, but I’m going to give it my best shot anyway.)

At her best, McKenna’s songs are powerful regardless if you understand what she’s talking about. “If Whiskey Were a Woman” hits like a punch in the guy. “Old Men Young Women” feels like a softly-sung plea. “Halfway Home” has lyrics that strike: “Calling the dreaming girls looking for a saviour; he ain’t gonna save you.”

“Wreck You” opens the album with McKenna’s voice, singing “I get dressed in the dark each day,” almost silent as the instruments slowly come in. Produced by Dave Cobb (the producer also responsible for recent efforts by Sturgill Simpson), The Bird & the Rifle has a disarming authenticity to it. It feels like McKenna is singing you these songs by the fire, sharing her story with you in trust.

Because of that nearly-alarming sense of intimacy, the album is better than it has any right to be. It’s the perfect combination: intimate, crystal-clear production paired with country-influenced Americana folk and great storytelling. The Bird & the Rifle sounds like a songwriter at the top of her game. As a result, the album is approachable despite its heavy subject matter.

The Bird & the Rifle is also an album of immense substance in its stories. It’s not just that they’re emotionally compelling; they also feel like a call to become better people. As a man, it feels wrong to comment on the obvious gender bias of the album; most of the songs are written from the perspective of the broken woman. These stories are all tragedies, but they’re also meant to be lessons.

As a result, The Bird & the Rifle elevates McKenna to a place of compassion — a rare quality in today’s music. During the title track, McKenna sings “He’s afraid if she flies, she’ll never come home again. Something about the bird in her spreading those wings always bring the rifle out in him.”

It’s a single moment among many that feel at once aware and sensitive of the situations women everywhere are in every day. The Bird & the Rifle is an album that should be celebrated because it celebrates women, and because it has compassion for them.