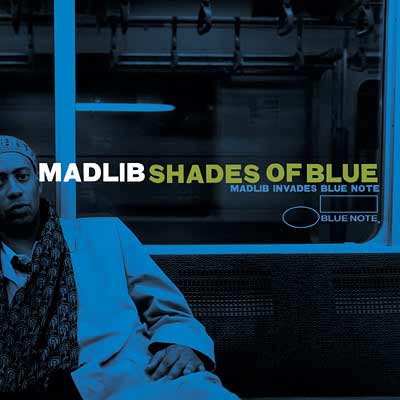 Madlib’s remixing of Blue Note Record’s archives is a glorious success, and a statement not solely about Madlib’s production skills, but also about the states and futures of the hip hop and jazz genres.

About a third of the way through Shades Of Blue, Madlib explains succinctly explains the story and importance of Blue Note records: “Alfred Lion and Francis Wolff: two German immigrants who founded a jazz record company in 1939 that became very famous in its genre. Unlike any other jazz label, Blue Note Records influenced the evolution of music in sound, style, and technical standards. Each of the Blue Note recording sessions was documented by the photographs of Francis Wolff. Alfred Lion’s vision of music and Francis Wolff’s clear view of the recording sessions are a legacy of a unique creative achievement that continues to this very day.” To this day, Blue Note is one of the most important record labels in the music industry, setting and defying trends with apparent ease.

In 2003, Madlib was granted the rare privilege of access to their entire catalogue for a collection of remixes to be re-released on Blue Note Record’s catalogue. Each song is named after the track it remixes, and only one includes a rapped verse (Please Set Me At Ease, featuring Medaphoar). What results from this focus on the original tracks is a collection of hip hop beats that morphs into something entirely different — and completely unexpected.

The jazz Madlib is remixing, like all great jazz, lied on the fringe’s of music’s sensibilities (at one point in time). And while Madlib wasn’t the first star to gain access to Madlib’s catalogue, he is the one who seems most fit for the project. His hip hop production work and his ability as an emcee isn’t far removed from Blue Note’s jazziest origins: it’s eccentric, unpredictable, and far from the status quo of commercialism in the genre.

That makes for a unique pairing and an interesting listen — one that is at once superficial and intricate, in the sense that it makes for great background music and also rewards deeper listening.

Throughout the interludes in the album, Madlib takes the time to explain the story behind Blue Note and its success — but you also get the impression that he’s talking, at least metaphorically, about his dreams for his own career as a producer. Talking about Alfred Lion, he explains that Alfred never made a mistake, and that out of the over–1,000 records that Alfred produced, 950 of them are classics. There’s a sense that Madlib hopes the same for himself.

Madlib is also making a statement about hip hop, as a genre: by taking jazz classics from the world’s most pre-eminent jazz label and mixing them for a new future, he’s asserting that hip hop — in form and texture — is as varied and unique as jazz was, and perhaps is its natural successor. Shades Of Blue makes a strong case.