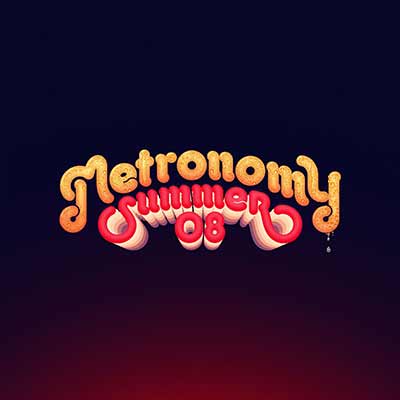 On Summer 08, Metronomy streamlines and simplifies their sound, becoming more approachable without losing what makes them unique. It’s a catchy triumph of a record.

I love Metronomy. They’ve had a great record of producing fantastic records, and sounding totally different from their peers. What I particularly like about them is that they don’t bother chasing trends, and they don’t seem to be too worried about whether or not they start them either. They just wants to make music that feels right to them.

This attitude is still a big part of their new record, Summer 08. It’s a record that feels like it’s defying many of the genre’s practitioners. It continues down a similar path to Love Letters, which was a huge success (in my books) because it embraced psychedelic rock within the electronic genre.

Summer 08 takes the band closer to electronic pop than ever before, embracing funk on the way, but it doesn’t feel like it’s a last-ditch effort to “go mainstream.” Actually, while the band feels more mainstream despite themselves, they still don’t seem concerned with following genre conventions.

I love the opening track: Back Together is a spastic, alt-rock inspired, Chromeo-like song that’ll get you tapping your feet. Even some of the more “pop” tracks, like the relatively low-key Hang Me Out To Dry, feels like it’s got just enough of an off-beat to it to defy mainstream convention and embrace Metronomy’s odd side.

Summer Jam feels like it’s been lifted straight from corny ’80s movies, even while it slowly spirals out and into itself again before it closes the record. Night Owl sounds inspired by the indie bands du jour, and Metronomy manages to make it their own despite doing their best Arcade Fire impression.

It’s hard to make logical, reasoned arguments for what makes Summer 08 such a good record. I’m struggling for words, because all I can say is that I have an involuntary emotional attachment to the record. I just like it, and it’s as simple as that. There’s no real criticism I can levy at it, because something about it stirs my soul and I enjoy it. If, by recommending it, you can have a modicum of the joy I get from the record, then I think I’ve done my job. Summer 08 is, in my eyes, a great record with sterling production, great ideas, and some fantastic ideas. Metronomy still surprises me every time.