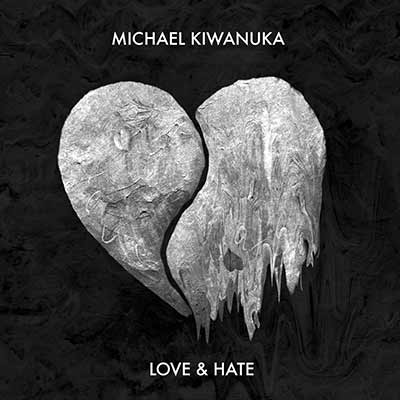 Michael Kiwanuka’s sophomore record is an utter joy from beginning to end. Great songwriting and performances abound and create one of the best traditional soul experiences of the year.

Michael Kiwanuka does a fun little trick on the final track of Love & Hate: the ending of the last track playfully mirrors the first track’s opening. Whether or not you like the Ennio Morricone-type stylings of the tracks is up to you, but it’s a great songwriting theme that reflects the circular theme of the record: nothing ever changes, and we keep running in circles.

It’s a level of thinking that’s clearly part of the thinking throughout Kiwanuka’s sophomore album. I think the great majority of people are going to be talking about “Black Man in a White World,” the album’s second track, because it’s both a good single and a reflection of Kiwanuka’s personal politics. It’s an impeccable song, but to focus exclusively on it would be doing the musician a great disservice. It implies he’s only grown lyrically.

But the truth is, Kiwanuka has grown a great deal from his debut to where he is today: as a singer, as a songwriter, and as a performer. There are elements of “Black Man in a White World” that are well above and beyond most of what soul performers are doing today — the choral arrangements, in particular, are excellent. And that’s all without mentioning Danger Mouse’s superb production.

But the rest of the record is astounding in other ways. Kiwanuka’s use of atmospheric elements is impressive. His vocal performance is indelible, buttery smooth, and transfixing. On “Place I Belong,” his voice soars above the instruments. Both the instruments and his voice sound like traditional roots rock. On “One More Night,” his performance makes a traditional blues line feel like something new.

The title track is perhaps the best track on the record, though: Kiwanuka combines everything he’s good at in one track: there’s a rolling bass line and that carries the song. His vocal lines are strong throughout, and his performance is tender. The atmosphere builds throughout with subtle use of a strings section, and excellent backing vocal performers who carry the beat. The bridge has such momentum to it that it elevates the song to another level — and the guitar solo is so evocative that it might make you weep.

And I should mention that the guitar solos throughout the record — and there are many — are each emotionally relevant, tasteful pieces that truly add to the songs in question. Somebody said years ago that guitar solos should be written for the song, not the other way around (and I neither agree nor disagree), but Kiwanuka is one of the few artists who really seems to have taken that advice to heart. The solos throughout are all excellent.

This is real soul music. It’s immense. It’s emotional. It’s incredibly satisfying. But at the same time it wouldn’t sound out of place in a film soundtrack. For some odd reason, it reminds me of The Lion King — perhaps because it evokes some of Elton John’s finest moments as well. Kiwanuka would be excellent in musicals.

There are some performers who identify by their name when they should, perhaps, include the name of their backing band. (Brad Paisley comes to mind as one example, on occasion.) But with Michael Kiwanuka, it feels like he’s truly carrying the band with him. They follow his lead. His performance is excellent, his songwriting is without compare in the genre, and his storytelling ability is second to none.

Love & Hate is the maturation of Michael Kiwanuka’s sound and abilities. If you don’t know him, now’s the time to get to know him. If you like his debut, you’re going to love this.