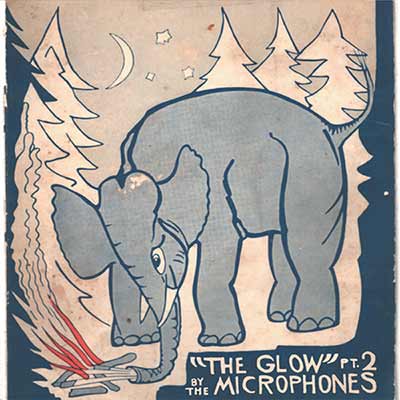 Glow, Pt. 2 was a landmark lo-fi rock record from The Microphones. It serves as a reminder of how far the genre has come since 2001.

The Glow, Pt. 2 might have come out in 2001, but that doesn’t make it any less important today. (Note that some music streaming services incorrectly list the album’s release date as 1997.) The Microphones are largely responsible for the popularity of lo-fi rock and roll (along with Neutral Milk Hotel, and today, Grizzly Bear).

Phil Elvrum, the man behind The Microphones, made this the last official Microphones record. Incredibly ambitious, and considering its lo-fi roots, very polished, the record explores themes that are both personal and sometimes noisy. The title track is a great example of one of the noisier tracks, but it’s not noisy in the sense we expect most lo-fi bands to be noisy — it feels like orchestrated noise, not uncomfortable attacks.

But quieter songs like I Felt Your Shape, Map, and I’ll Not Contain You are what make the record for me. Shockingly, I can’t find this record on iTunes, but fans of the genre will love this, but even people not normally interested in lo-fi American rock might find something to enjoy here.