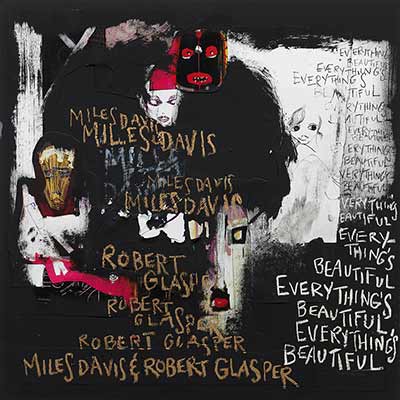 On Everything’s Beautiful, Robert Glasper undergoes the immense task of re-contextualizing classics from Miles Davis for a new century — and the results are wildly impressive.

It would be deceiving to call Everything’s Beautiful a jazz record. There are more hip hop breaks and soul parts than many contemporary records in either of those genres, and it feels completely street and inherently legit.

Robert Glasper’s reworking of some of these classic songs makes much of Miles Davis’s songs almost completely unrecognizable. Usually, that would demean the original artist’s intent, but in this case, it’s easy to let it slide. After all, Glasper (known for his work with Kendrick Lamar) isn’t trying to make another jazz record, but more trying to bring jazz music into mainstream light.

And in that end, Everything’s Beautiful is a monstrous success. Tracks like Ghetto Walkin’ and Violets feel like extremely modern takes on the jazz legend, allowing rappers to come in and break beats the way they’d break bread. It’s some of the best hip hop you’ll hear this year; at once familiar, but also meditative and willing to wander.

Tracks like I’m Leaving You and Right on Brotha (which features Stevie Wonder) are more likely to remind you of some of Miles Davis’s work, but they add a good deal of soul to the song. Occasionally, some of Davis’s trademark trumpet sneaks through, but the songs really use his music as a backbone more than they do recreate it.

That Davis’s music is so fundamental to modern jazz as to be the foundation for a record like this is astounding. The album is paying homage, yes, but it’s doing it by suggesting that without Davis jazz, hip hop, soul, and so much more wouldn’t exist. Robert Glasper is insidiously burying Davis’s work within this record to suggest its foundational requirements. I love that. To me, this is the purest way to honour the legend. It’s graceful, bold, and courageous.