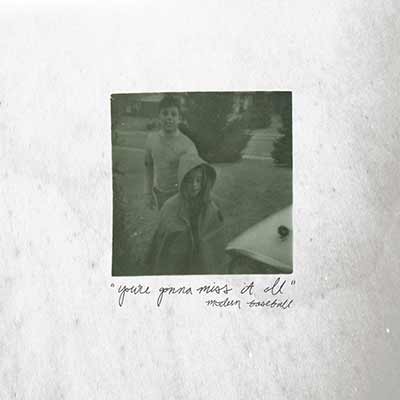 You're Gonna Miss It All

Modern Baseball is to college-ready post-pop-punk as Dave Matthews is to 1990s-era-hackey-sack competitions. You’re Gonna Miss It All is smart and self-deprecating to the point of nearly feeling like satire, but also has a Weezer-like ability to churn out one catchy verse and chorus after the next.

With the announcement that their new album is coming out this May, there’s never been a better time to revisit Modern Baseball’s sophomore record than this week. You’re Gonna Miss It All is the record Weezer would make if they were still in their sophomore year of college, a tongue-in-cheek and self-aware record that’s neither punk nor pop, but certainly not anything else.

That style is embodied by Rock Bottom, a song that reveals the college mentality is alive and well with Brendan Lukens’ writing. His writing reminds you that he’s aware of the people around you, but he seems aware mostly of himself.

Despite Lukens’ nearly Seinfeld-like inability to care about anybody around him lest he forget to deal with his own personal issues, the album has an air of intelligence to it. Skipping class because you already know it all, making literary allusions because you can and not because you want to, but caring more about chasing girls and identifying patterns of failure in your past, Modern Baseball is the perfect trip down memory lane for those of us who have already wrapped up our post-secondary education, and it might be the easiest record for students to identify with ever.

On one of the album’s loudest anthems, Lukens explains in an aside that he’s “sharp as a tack, but in the sense that I’m not smart, just a prick,” and it’s in that moment that you realize (if you hadn’t realized already) Modern Baseball is the real punk deal. Despite their college-age sentimentality, the band is more likely to tell you off if you displease you and write off your favourite 1920s-era American novel as a total waste of time — despite being well aware of the context of your friendship and your favourite novel.

Like Weezer, the band excels at writing catchy jingles to throw their self-deprecating lyrics at. And while the post-punk pop-punk style itself isn’t particularly unique, Modern Baseball’s attitude injects it with a sense of youthful vitality that has me excited for their next record.