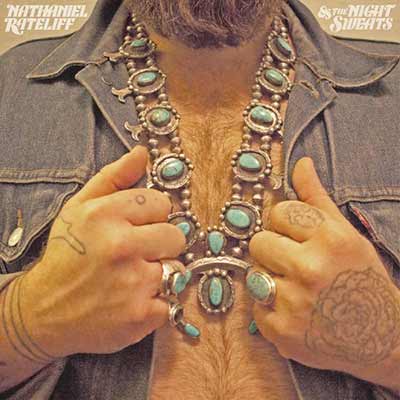 With his new band, Nathaniel Rateliff & The Night Sweats greatly expands Rateliff's folk-exclusive prior sound. The backing band doesn't leave behind his roots, but Rateliff is able to be a lot more expressive and take some huge steps into rock'n'roll territory, but what's most surprising is the sonic palette at hand.

Nathaniel Rateliff was originally a folk singer, but nothing I’ve seen about him ever talks about that music much. But everybody’s talking about what happened when he began making music as the leader of Nathaniel Rateliff & The Night Sweats.

Musically, these guys sound like soul music or R&B, but in all honesty, they sound to me a lot more like the gospel music I grew up hearing my dad listen to. This sort of music works well as the soundtrack to life outside of work, when you’re sipping a beer or hanging out with your significant other. It was a big hit in the car over the holidays between my wife and I.

Rateliff and the Night Sweats are better than most bands at textures: their songwriting doesn’t surprise, but their textural dexterity is sophisticated — especially considering that this is their first record as a group. They have a level of maturity that most groups don’t get for years.

The closest comparison that I can muster is Alabama Shakes, particularly with their first album — a genuine genre surprise that’s worth revisiting again and again. I’m looking forward to the next release from Nathaniel Rateliff & the Night Sweats.