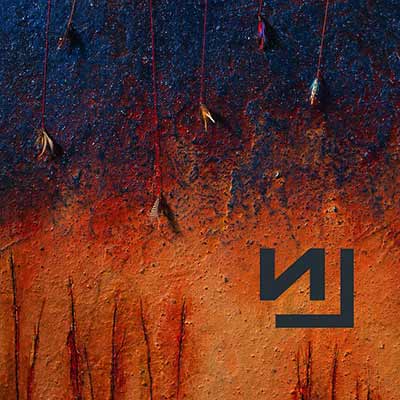 Hesitation Marks is a welcome return to form for Trent Reznor, and while it’s not perfect, it’s a daring outing that reveals Reznor at his most fragile.

As usual with discussing what’s undoubtedly going to be a popular record, I feel like a personal touch is in order. I got into Nine Inch Nails in my late high school years, but really absorbed Reznor’s ferocity during my first year of university. As I’ve grown old and my tastes have expanded, I’ve come to love Reznor’s later records (in particular, Ghosts and even The Social Network Soundtrack).

My expectations for Hesitation Marks were really high, and I’m actually very pleased. This is a Reznor who isn’t so filled with rage and self-loathing, and his music sounds more mature — but he hasn’t lost his sense of artistry.

Find My Way is as introspective as his best tracks were, and Copy of A has the same intensity as some of the best tracks off Slip or With Teeth. Come Back Haunted is dangerously sharp and dramatic, and will be sure to please old-time fans. All Time Low has that same old groove and bounce he’s familiar for, but is a good example of a track that isn’t as dark as it would have been in years gone by. I Would For You is fantastic, but it’s quickly toppled by In Two. While I’m Still Here is beyond impressive, playing with elements I never would have thought Reznor would have tried.

The album isn’t perfect, and some tracks are clearly flawed and lack the bite that vintage Nine Inch Nails carried. Reznor isn’t as angry as he used to be (and if he was, the record wouldn’t sound authentic at all). This isn’t the best Nine Inch Nails record, but who cares? We should just be glad he’s back.