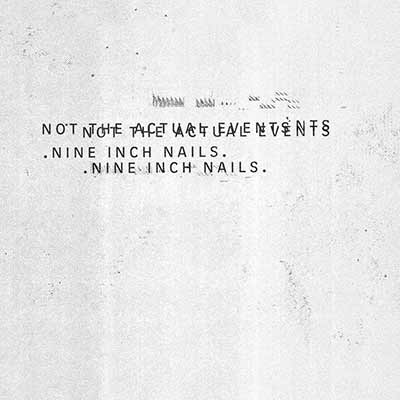 Not the Actual Events

Not the Actual Events is the most ferocious Nine Inch Nails release in decades, but its teasing brevity and self-importance almost make it disappointing.

Not the Actual Events is, for all intents and purposes, a warning sign of things to come. It’s in the title. Not the Actual Events is not the actual event you’re looking for. It’s not a full album, and considering the build-up around the EP from Reznor (hushed murmurs of grandeur before a sudden surprise release), it’s nearly disappointing. But there’s a visceral quality to Not the Actual Events that’s been missing since The Downward Spiral and The Fragile.

I’m on record as being a huge Nine Inch Nails and Trent Reznor fan, but it’s hard not to acknowledge that the group’s last few records have either been formulaic or, in the case of Ghosts, different to the point of being occasionally uncomfortable. While Not the Actual Events is sometimes predictable, it often has a brashness and urgency to it that Reznor hasn’t had in a long time.

A quick listen to the alternately pulsing and attacking “Branches / Bones” reveals Reznor at his peak. “The Idea of You” is reminiscent of the angriest moments of With Teeth, but it goes beyond that and reminds me of The Downward Spiral’s most furious moments. And finally, “Burning Bright (Field on Fire)” mixes Black Sabbath-style ferocity with the curious meandering of “Right Where It Belongs” to create something that truly embodies a modern Reznor-ian sound.

Now we just have to wait for the actual event.