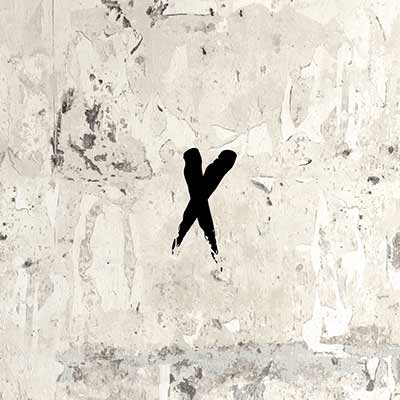 Anderson .Paak’s ascendance continues as he partners with Knxwledge on Yes Lawd! for his second great release in a single calendar year.

It’s tempting to talk about Yes Lawd! as if it were an Anderson .Paak record. His voice is all over it, as the only singer throughout nineteen tracks. (As you can guess, one of the only major criticisms of the record is that it could use a bit more editing.)

But to ignore Knxwledge, whose name is a big part of the NxWorries title, would be a major mistake. His production serves as the vehicle that .Paak hasn’t had yet in the hip hop world.

In short, Knxwledge is the reason that .Paak is about to explode from being an R&B saviour to a hip hop king.

It’s not that .Paak can rap (although he demonstrates some tenacity in that regard). It’s more that the beats on display here owe more to hip hop than most of the production on .Paak’s last record did.

This makes for a beautiful record. For .Paak, it’s jubilant. His voice is impressive throughout, but he’s clearly having a ton of fun. Tracks like “Livvin” and “Get Better/Do U Luv” have qualities to them that wouldn’t have existed on Malibu, the .Paak record that came out in February. .Paak knows he’s rising in the ranks.

Knxwledge has found a natural complement to his rhythms and beats. His beats haven’t flowed this well or felt this natural in a long time. The vocals lend them some charm, even when they feel too old-school or offbeat for their own good (pardon the pun).

There have been a few people who have compared the partnership to Dilla and Madlib. To me, it’s more directly related to the partnership between Madlib and MF Doom that resulted in Madvillainy. (Coincidentally, or perhaps not, Yes Lawd! was released on the same label as Madvillainy was.) These are two seemingly disparate voices who are able to come together and create something better as a whole than they are apart.

With all that being said, the question I’m left with isn’t whether or not Yes Lawd! is a great album. It’s an impeccably made, joyful record. It’s the record you make when you know you’ve finally “made it.”

No, the question I have is this: is Yes Lawd! the best Anderson .Paak record of the year? Malibu, I think, edges it out only a little bit. But the fact that it’s such a close contest is a remarkable testament to both Knxwledge and .Paak.

Clearly, .Paak has arrived. With Yes Lawd!, he continues to surprise. Knxwledge’s role in the record is the cherry on top of the cake.