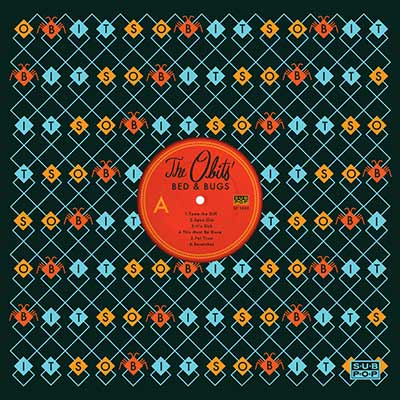 There are rock bands, and then there are bands that rock out. Obits is the latter. Bed & Bugs is a sublime record with great riffs and a respect for grunge-y punk.

From Taste the Diff, the first track of Bed & Bugs, you know these guys are different from most of these “old-school” rock bands coming out these days. Frankly, it took me a long time to figure out why they sounded so familiar. Apart from having members from bands like Pitchfork and Edsel, Obits has a deep respect for the grunge era of punk.

Spun Out sounds like something Nirvana might have recorded in a more drunken and relaxed moment, sort of like if Nirvana and early Arctic Monkeys got together and made a baby. This Must Be Done channels old-school rock and roll in a uniquely modern way, with a bass line thumping through the whole song. I love Pet Trust, which is my favourite in the record. We’ve all said it: “Screw people, my dog is the only person I can trust.” Malpractice sounds vintage, but again, it’s more out of respect than it is Obits trying to rip anybody off.

The later tracks don’t always maintain the same energy, but for some people that might be an improvement. Receptor is more melodic than some of the punk-filled earlier tracks, while Machines almost sounds like a whole different band.

The bottom line? If your favourite music comes from groups like Nirvana or the Pixies or any of those great hardcore groups from the 1970s, Bed & Bugs is a record you’ll want to give a listen to.