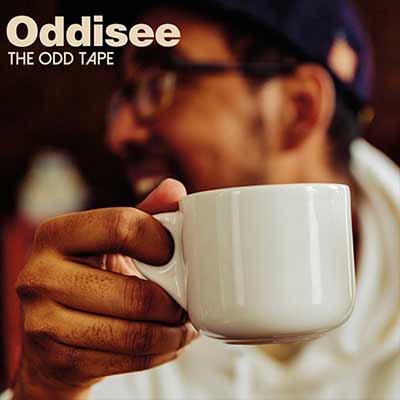 The Odd Tape is a mixtape for anybody who’s getting burned out on hip hop, bad coffee, or life — an instrumental hip hop record for the rest of us.

Oddisee has always, at least in my mind, seemed like one of the most obviously cool rappers in the biz. It’s not because of his flow or his beats, but just this attitude that seems almost completely unaware of trends — to the point of satirizing what’s popular in hip hop by avoiding it.

To that point: the same week that Chance the Rapper decides to drop a new mixtape, Oddisee is doing promotion for his new instrumental mixtape on NPR.

To be clear, The Odd Tape is not a terribly weird record. It’s a laid-back instrumental hip hop record that feels like a Saturday off for a busy guy. The track list reads that way too: song titles like Alarmed, Right Side of the Bed, No Sugar No Cream, On the Table, Out at Night, and Still Sleeping are indicative that the tracks are perhaps thematically connected only by the pursuit of a daily activity list.

It’s a record that’s well-suited to making eggs on a Saturday morning, getting a bit of work done mid-day, or lounging around at the gym, but it’s clearly not making any lyrical statements. (Oddisee is likely saving all of those for his big album release this fall.) What it is doing is suggesting that it’s okay to relax a little bit, to enjoy the day.

With The Odd Tape, Oddisee isn’t purposefully trying to be different (even though he’s usually different by nature). In this case, it’s just him noting that it’s an unusual mixtape because it’s completely vocal-less. This is his time to have fun at the boards and experiment a little bit, maybe try out some new things, focus on textures, and create a hip hop record your kids can hear you listening to, or a hip hop record that won’t get you riled up after a long day at work.

Oddisee is stepping into the avant-garde instrumental hip hop realm, and he’s doing a great job of it.