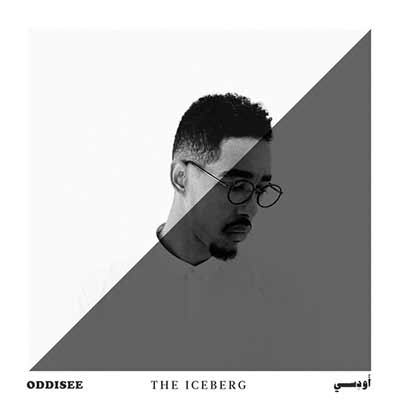 On The Iceberg, Oddisee becomes an even more conscious rapper — and proves that he still has a lot more to say.

Oddisee is not known for making average hip hop. One of the genre’s most consistently best talents, Oddisee stands beside greats like Dilla with fantastic beats and an uncanny ability to rap about real things.

The Iceberg is the follow-up to last year’s instrumental The Odd Tape and a small EP he released last year called Alwasta. But if you ask me, it’s the first followup to The Good Fight, one of my favourite hip hop records of 2015. “Prolific”, clearly, barely begins to describe Oddisee’s frequent output.

This time around, Oddisee has a lot more to say. Oddisee is a great emcee, but his production has often overshadowed his vocal work for me. His voice often takes a backseat to the instrumentation. (The Odd Tape was the maturation of that style; it was completely instrumental and, of course, excellent.) On The Iceberg, Oddisee’s voice is clearer than it’s ever been.

And he has a lot to say. About “Things” (the lead single) that are bringing him down, politics, race, religion — it goes on. Oddisee isn’t shy. “You Grew Up” is an outstanding song about immigration and racial tension in America. “Rain Dance” is a song about Oddisee’s musical and financial journey — but it’s also a tremendous beat.

And therein lies the difference between The Iceberg and every other Oddisee record. Odd has always been a lyrical fellow; he’s an incredible rapper and a gifted writer. But with his voice sharing equal responsibility with the instruments, it sounds like what he’s saying is more important than ever.

Oddisee is one of the most conscious rappers out there, and The Iceberg sees him growing even more conscious and self-aware. That’s a good thing. In 2017, we need more voices like Oddisee.