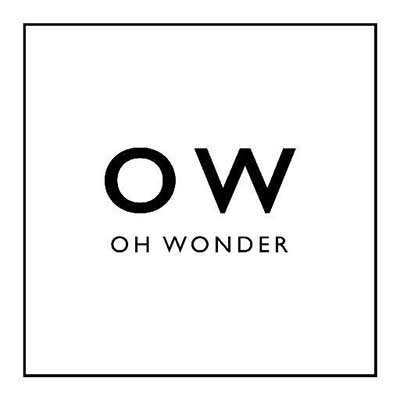 Oh Wonder’s self-titled debut is an alt-pop dream filled with airy harmonies and R&B-influenced beats, with synths and keyboards serving as backgrounds to the duo’s beautiful voices.

Despite it being their debut release, Oh Wonder already has a bit of a cult following. Thanks to a clever, serialized release of one track at a time over the past twelve months, Oh Wonder has built up some serious love for their record well before release date.

The music is slow and airy laid-back electronic built on the backbone of a piano and the soft harmonies of male and female duo Josephine Vander Gucht and Anthony West. I love the way their voices sound together: there’s a ton of contrast and an obvious distinction between them (thanks to their difference in gender, obviously), but there’s a hint of playfulness that reminds me a little bit of the harmonies in Of Monsters & Men.

For a debut release, this record is incredibly impressive: incredibly catchy pop songs spread across fifty-three impeccably crafted minutes, Oh Wonder no doubt understands the art that can go into making music like this. It’s refreshing to hear a band whose interpretation of the laid-back electronic pop genre believes so much in the art of the music, and not just the single. Highly recommended.