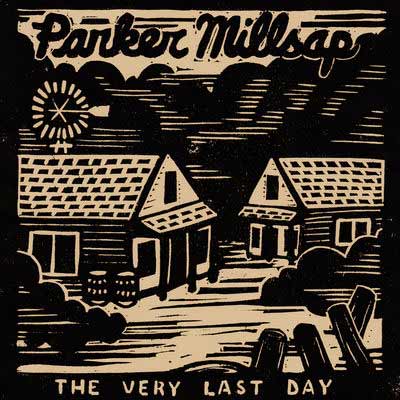 On The Very Last Day, Parker Millsap stretches his conceptual and songwriting wings, and proves that sophomore records don’t have to be slumps.

The Very Last Day is, at least loosely, a concept album about the very last day and the end of the world that follows it. Reportedly influenced by his Pentecostal upbringing, Millsap wrote the record during a cold, long winter. While The Very Last Day is hardly a depressing listen, it’s not surprising that it was recorded during that cold season. The record’s songs have a quiet energy of survival that feels innately connected to the winter season. So when Millsap sings “Praise the Lord, it’s the very, very, very last day” on the title track, it fits.

But more importantly, the songs on The Very Last Day are great songs. Hades Pleades furiously opens the record with foot-stomping, aggressive glee. Millsap’s performance is completely unbridled, howling like an animal throughout the song with a seemingly unstoppable energy. Not every track carries that level of intensity — Hands Up (a song about a robbery) is another great example of high-speed rock and roll — but Millsap sets the bar for his vocal work on the opening track.

It’s Millsap’s voice that undeniably carries The Very Last Day. On the traditional blues song, You Gotta Move, he screams like Robert Plant on the first Led Zeppelin record. On Wherever You Are, his triumphant howl during the chorus elevates the song from its standard blues rock/American riff.

Lyrically and vocally, Millsap is a revelation. He’s confident and aware of his roots. In fact, if The Very Last Day has one concrete thought throughout, it’s that Millsap wants to show off his roots. Tribulation Hymn sounds like a traditional hymn, and imitates the style perfectly. Millsap’s lyrical genius takes the songs to new places.

Millsap is the artist who’s bigger than the sum of his parts. In a lot of small ways, he feels like the future of the folk rock, Americana genre. The Very Last Day is refreshing and exciting, despite its somewhat bleak topic matter.