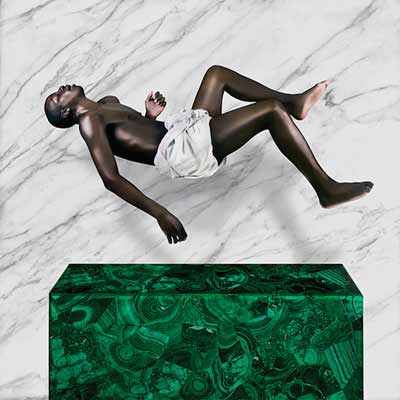 Petite Noir's feature-length debut is a genre-defying balancing act that careens between new wave, electronic, and pop music with vigour and somehow creates something new on the way. It's unexpected and, quite frankly, a piece of brilliance that counts among 2015's best releases.

Petite Noir is notable for many reasons, but the first thing you’ll notice is the odd spelling of the name (if you’re familiar with French, it really doesn’t work, and it likely should be Petit Noir — or Petite Noire for the sake of consistency).

Odd spelling aside, the second thing you’ll notice is that you can’t place where this music is coming from. Sounding simultaneously like some sort of trip hop experiment and oddly African in its influence, Petite Noir can’t be pigeon-holed into a genre.

Petite Noir is one man from South Africa: Yannick Iluga, who handles all the vocals, music, and production on this debut record. He’s in his mid-twenties, but even now, his music sounds like a definitive take on a genre he calls “Darkwave”, which is like New Wave music put through an African vibe.

His voice sounds soulful, but it’s not soul music. He has loads of influence from music all across the board, but I can’t figure out if he’s de-constructing all of it for some sort of rhetorical thesis, or if he’s building upon their foundations in an attempt to do something new. His music is both sparse and intricate. It’s a stunning, stirring debut reminding you that if you’re willing to look hard enough, truly new music is out there.

Despite all of Petite Noir’s influences — Pitchfork cites his influences as everything from Kanye West to Senses Fail and U2 — Yannick sounds like somebody who’s wholly internalized everything he loves and made something new with it. In today’s musical climate, that’s rare.

At the end of the day, I’m still left with the question of what to call it. Instead of trying to narrow Yannick’s music to a single genre, it’s almost safer to give him a broader brush stroke to play with. For now, I’m going to call Petite Noir experimental pop. Now I’ll just spend the next couple years waiting for pop music to catch up with Yannick’s vision of the future.