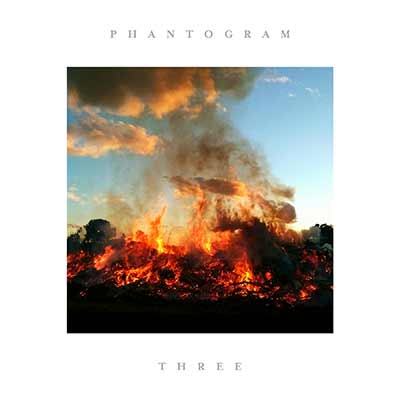 It’s easy to love Phantogram’s new record. Despite being their most approachable album yet, the duo maintains their ability to surprise us with their wide tonal vocabularies.

I’ve never liked Phantogram much before. I didn’t like their debut. Voices was good, but I didn’t love it the way other critics did. So if you love Phantogram and think I’m way off base, take this with a grain of salt: I actually really like Three.

The past two Phantogram records have been fine, technically speaking. They’re fine indie records. But they’re original to the point that they’re bothersome. It feels like Phantogram tries too hard on them. I remember listening to Voices and being unable to recommend it here. I love weird music, but Phantogram just made me feel uncomfortable. Something was wrong.

With Three, I don’t have that feeling. The record is inventive without being polarizing. It’s familiar without ever being a retread. In short, it simply feels right.

“You Don’t Get Me High Anymore”, the album’s lead single, is a perfect example of this style. The duo’s energetic style translates perfectly to this rock-infused pop style. It’s got a great chorus, a great verse, and a fantastic flow.

The only complaint you could leverage against the record is that it feels stuffed with ideas. They don’t all work well, but so many of them do that it’s hard to hold the bad ideas against the band.

For some people, though, I suspect it’ll be the quieter songs that are more potent. Tracks like “Barking Dog” are impeccably well written and emotive. “Answer” is a track that hits exactly where it hurts, with a piano line that wouldn’t be out of place in a soap opera. (That’s not an insult; music should make us feel this way.)

For Phantogram fans, Three won’t be what they expect. Some of them will acclimatize, and some will not. For the rest of us, I think Three might be their best record yet. Time will only tell. In the meantime, ignore the critics. This record is the most approachable Phantogram record. Three is easy to listen to, easy to love, and still different enough to surprise.