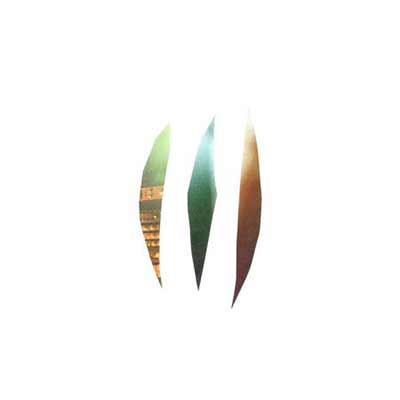 Pure in the Plastic

On their sophomore record, Polyenso feel like the first band since Glass Animals to lay claim the electronic alt-R&B pop throne that Alt-J has. Pure in the Plastic is extraordinary.

From the opening track, it’s clear that Polyenso’s Pure in the Plastic is different. While the comparisons to Alt-J and Glass Animals are right, particularly if you’re considering the level of pure invention taking place throughout the record, Polyenso is a band purely rooted in the tradition of Radiohead’s Kid A. They’re a rock band looking to electronic music to see what sort of directions the genre might go in the future.

Take Not My Real Life, for example: mixing jazz and electronics with an Alt-J-inspired guitar riff yields a brilliant opening riff and movement that kicks off the song into a high-energy territory, despite the fact that almost all of the band’s competitors have veered off into lazy lethargy at this point.

It’s also a great comparison back to Radiohead: this is clearly a rock track, imbued with all sorts of other genres and surprising in influences that take the song in unusual directions.

If the rest of the alt-electronic, contemporary R&B genre is becoming a glorified echo chamber, Polyenso is a fresh take on it. The vocal work throughout is stupendous, but unlike their competitors, Polyenso never get stuck in a rut and focus on the vocals exclusively. They always serve the songs.

It’s this sort of exploration that litters the album. /// (A Pool Worth Diving In) has all the hallmarks of the prototypical contemporary R&B song, but it’s secondary influences — like jazz and trip hop — elevate the song to a new level that’s beyond what one might typically associate with the genre.

I’ll circle it back to Radiohead one last time, because /// (A Pool Worth Diving In) captures exactly what made Kid A so great in its bridge: Polyenso uses vocals as another instrument, hitting each note quickly with the force of staccato, repeating them until the singer is nearly breathless. It’s a beautiful moment that, at least for me, serves as the high point of the song.

As a sophomore album, Pure in the Plastic is anything but a slump. It’s clearly the band’s superior record; they’ve come into their own. But it’s also significant for the genre. It’s rare that it feels like there’s space for another band in a well-established, typical genre, but Polyenso has earned themselves a seat at the table. I hope everybody else takes notice. From my understanding, the lead single is I.W.W.I.T.I.W.