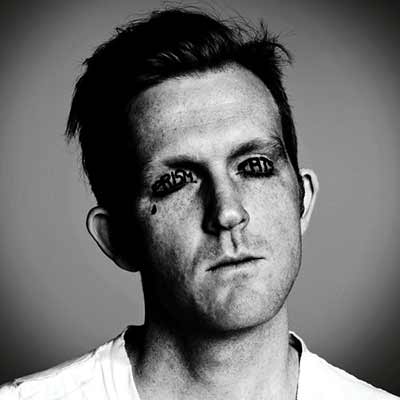 Prism Tats feels like a puzzle. The South African’s debut record is hard to digest. He has clear influences that range all over the music scene (at one point it sounds like he’s taking influence from Radiohead, U2, and Black Rebel Motorcycle Club all in the same song), but his own identity lands squarely between rock and pop.

That could be the result of the project’s origins. van der Spek’s from South Africa, based in sunny Los Angeles, and reportedly started working under the pseudonym Prism Tats in grunge-y Seattle. In Seattle, as a break from his work as a singer-songwriter, he began to do one-man shows with nothing but his guitar and a drum machine.

The record doesn’t stray far from the same roots. The drum machine obviously doesn’t sound like a full kit, and it lends the record its pop qualities. But Garrett’s work with his guitar lands squarely on the rock spectrum, somewhere between post-punk musing and garage rock riffage. Songs like Death or Fame are particularly well-suited for this blend, which a backing track that keeps the song moving at a steady pace and backing vocal work that feels like Los Angeles.

The opening two tracks, Pacifist Masochist and Creep Out // Freak Out are both magically within both camps as well. Catchy, rock-infused tracks that play delightfully well within the scope of California’s pop air. And it’s funny, because (like almost everybody from Los Angeles) Prism Tats spends most of his time making fun of the L.A. culture. I honestly can’t tell if he’s being sincere or not when he sings “I don’t want to make art, I want to make money.”

Thankfully, his lyrical prowess is not the point of the record. What makes Prism Tats unique is the part of it that is a one-man show: it’s a very singular musical vision from a clearly skilled musician. It’s a novel approach to making music, but one that doesn’t allow for collaboration. Yet if you didn’t know that he was a one-man show, you would assume that he was working with a full band on the music, because it doesn’t suffer despite itself.

And that’s really the miracle of the record. It’s a multi-layered album that doesn’t overstay its welcome, dabbles in a myriad of styles (check out Haunt Me’s sound towards the end of the record), but it’s all from the mind of one man. It should be awful. It should be un-listenable. Frankly, it’s the sort of record that musicians make fun: the solo record where the vocalist carries such an inflated sense of self-importance that he replaces his peers with machines. But with Prism Tats, the experiment actually works! His self-titled debut is a wonderful listen that’s playful, fun, and worth examining.