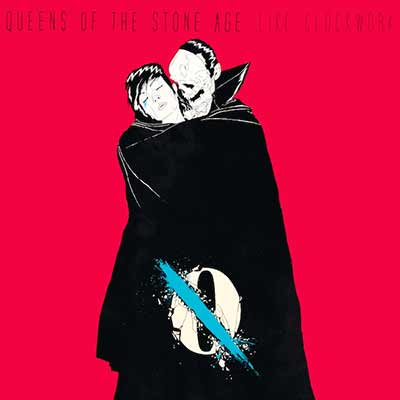 …Like Clockwork feels like a moment of rebirth for Josh Homme after his stint in Them Crooked Vultures. Ultimately, it’s about getting back to the roots of rock and roll without sacrificing the basic tenets of the Queens of the Stone Age sound.

I have an on-again, off-again relationship with Queens of the Stone Age. …Like Clockwork is bringing me back. It’s as dirty a rock and roll record as you could want from Josh Homme and friends.

It sounds like Josh learned a lot from Them Crooked Vultures, his (awesome) side project with members of The Foo Fighters and Led Zeppelin. The songs are tight and try new things with the QOTSA sound, and it’s an immensely rewarding listen.

The first two singles, My God is the Sun and I Appear Missing are sadly two of the least interesting songs on the album. Songs like If I Had a Tail and I Sat by the Ocean are reminiscent of The Rolling Stones, but are recognizably Queens of the Stone Age. Songs like The Vampyre of Time and Memory (check it out live) are unlike anything the group’s ever done before. This is definitely going to go down as one of the most interesting rock records of the year.