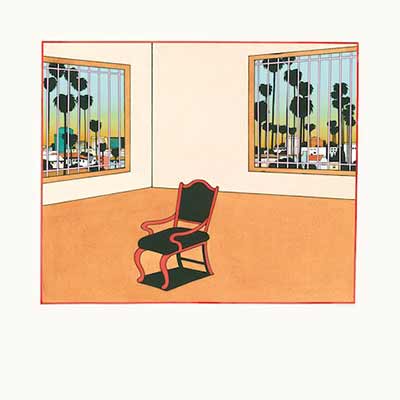 Plaza, Quilt’s third record, is an album filled with growing pains. But very often, these growing pains result in wonderful songs that shouldn’t be missed by fans of the indie rock and alt-folk genre.

At a certain point, every psychedelic band has to grow into something new. Even Animal Collective went through it. That transition phase is what dictates what sort of band you become in the future. It’s a result of the genre itself. Psychedelic music is a mystery wrapped in a wandering riff: who are we? Where are we going? Who do we want to be? What does it mean? To never answer these questions is to avoid growth, and once you’ve answered them, you can’t keep playing the same music anymore.

Plaza feels like Quilt has figured out their answers to these questions, and they’re moving on from their neo-psychedelic roots and becoming more lively and more aggressive. Searching For has a Beatles-like charm that feels lifted straight out of the Revolver era, and its meaning — that Quilt feels like they’re wandering from one stage to another — is embedded in the song’s title.

That’s not to say that Quilt has abandoned the quieter songs that made them famous in the alt-folk scene. Eliot St. wanders down familiar paths, but it feels like the band has a stronger sense of direction than before. (Rather than getting lost on the street, now they walk straight through, merely bemused by where they are, and find the next intersection.)

Plaza is the most successful Quilt record yet because it’s the first time this formula has really worked for them: Rochinski often feels as if she has one foot in the past and a few toes in the future, while Butler is almost the opposite. It’s a remarkable display of the tension during the band’s transition period.

When the two singers agree on a direction, on tracks like Hissing My Plea, the energy is palpable. These are the standout tracks on the record. As their voices harmonize before singing different parts, and they swap leads from one verse to the next, the band sounds more comfortable with their new identities than ever before. By the time the woodwinds and strings take over, we’re convinced: Quilt is going to emerge from this period a stronger, more focused band than ever before.

In the meantime, though, we’re left with an important record that documents the changing of the times within the band. Even the cover art feels like it’s stuck in their alt-folk past, as if the band hasn’t reconciled their newfound musical aesthetic with their visual elements. If ever Plaza feels unsuccessful, it’s during the songs where the band feels unsure of themselves. It’s the growing pains. Despite them, Plaza feels like a raw and honest look at what it means to grow in a band, and it’s hard not to love it.