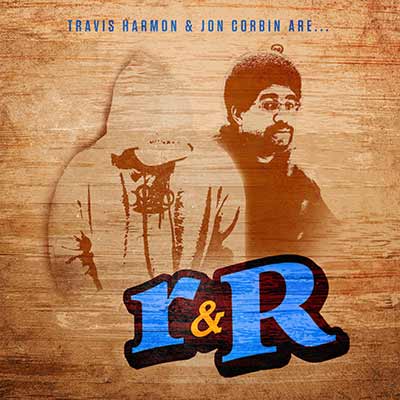 R & R’s debut record is a breath of fresh air. Clearly influenced by a mixture of 1990s hip hop, Motown, and Madlib, it feels like a chilled take on hip hop’s most vintage moments. It’s also an incredibly uplifting record that wants to bring only the best out of us.

Corbin told me R & R was six years in the making, and put together entirely digitally over two countries in that time (Corbin is Canadian and Harmon is from Tennessee). As life changed for both rappers, so too did the record. Corbin and Harmon met each other at Flavor Fest in Tampa in 2010, and immediately knew they wanted to work together.

So this collaboration began in an effort to work long distance, put it together, and get it done. Six years later, after a number of highs and lows, the collaboration is over. There’s no chance you’ll see these guys tour together — the logistics won’t work — but making the project was a victory for the two family men.

And it’s a tremendous record. It might have taken six years to come together, but it doesn’t sound like it took that long. There are no signs of gestation anywhere.

More importantly, these two sound great together. They’re both great rappers with positive outlooks on life, and it’s refreshing to hear rappers who are focused on positivity.

In one telling moment on “Real Thugs” (my favourite track on the record), the duo samples Count Bass D. They turn the rapper’s one-off line “Real thugs don’t rap” into a fantastic, honest chorus. “Real Thugs” is one of those songs that works because of its reference to vintage hip hop. It strips the genre bare and naked, removes its showboating, and focuses on reality.

“Still Building” is my other favourite track on the record. The beat is great, the lyrics are clever, and the message is poignant.

Lyrically, this is Christian hip hop. But I don’t think non-Christians would be bothered by it. If anything, this is a call for us to all get along together. It’s a reminder that we’re all humans, and that we all have to live and work together. The message is simple: we need to stand together when times get tough, and rejoice when things are good.

The whole album feels like a long period of rejoicing. There’s no negativity to be found here. These two guys are just glad to make music, and you can tell when you listen to it.

The album also packs together instrumental versions of each track, which is a great way to hear the record. The beats are definitely vintage, but they’re excellent. They sound ‘90s, but that style is still in, right? I’ve made a playlist with the instrumental tracks exclusively for work, and they make excellent music for focusing.

For a couple of independent rappers, R & R is a surprisingly strong record. It sounds indie — after all, this project spans six years and two countries — but it’s also at another level of creativity and talent. Travis Harmon and Jon Corbin have made a tremendous and positive record — and it’s nice to hear that music like this in a genre like hip hop.